He will be the eighth deputy governor to be made the RBI chair, and will be the central bank's 24th governor. 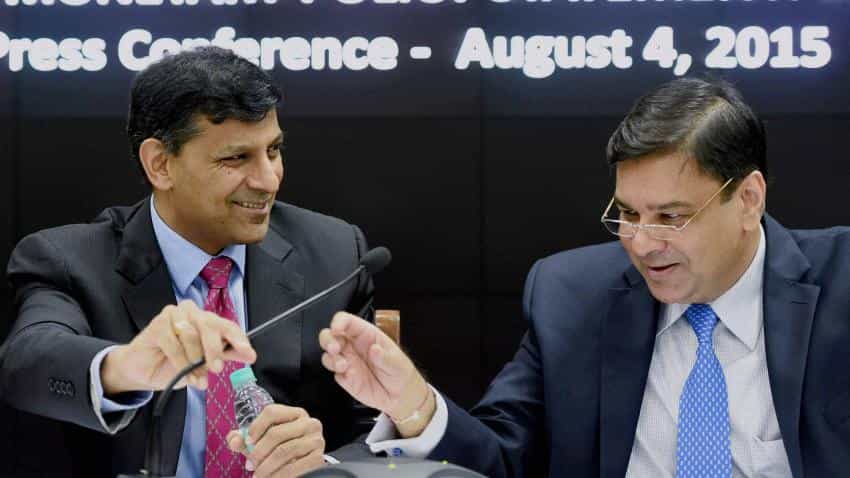 The government on Saturday announced that Urjit Patel will be appointed as the new Reserve Bank of India (RBI) governor, taking the reins from incumbent RBI chief Raghuram Rajan. He will serve a three-year term.

Like Rajan, Patel too worked with the International Monetary Fund (IMF) between 1990 to 1995. He covered regions such as the US, India, Bahamas, and Myanmar.

Patel, 52, headed a panel that recommended landmark changes to the monetary policy regime in India, including a switch to inflation-targeting policy and the creation of a monetary policy panel to set the interest rates. He will start his three-year term on September 4 when Rajan steps down.

Patel, who has a doctorate from Yale, has widely been perceived as the candidate who would maintain the most continuity of the current monetary policy from amongst all the candidates believed to be in the running to be the next governor.

Apart from working at the IMF, Patel served as the Chief Policy Officer at IDFC Ltd from 1997-2006. He also served as a consultant to the Ministry of Power, the Department of Economic Affairs from 1998 to 2001.

Patel completed his three-year term as the deputy governor in January this year. He was then reappointed for another three years, in charge of the monetary policy, a department he has run at the central bank since 2013.

Rajan had stunned the financial markets in June by announcing his decision to step down in September, and return to academia after a single three-year term at the RBI.

“Continuation in (the) monetary policy will remain. He is the architect of inflation targeting approach. Investors don`t want any change in policy direction,” Devendra Kumar Pant, Chief Economist, India Ratings & Research told Reuters. “So, coming from different areas, he knows how things are and what kind of action is required,” he added.

Ritika Mankar, Economist, Ambit Capital said, “Choice of Urjit Patel is in line with our expectations as he was one among the top two candidates we were working with. What we like about him is: One, he's seen RBI change from being a loosely inflation-focused central bank to one that formally targets CPI inflation. And second, his experience as a deputy governor in charge of monetary policy under the governorship of Rajan will hold him in good stead. However, what remains to be seen is how he handles banking as a sector; he probably lacks what a candidate like Arundhati Bhattacharya, would have brought to the table.”

Ananth Narayan, Regional Head of Financial Markets, Asean and South Asia, Standard Chartered Bank said, “The market will welcome it (his appointment). Maybe you will see a strengthening of (the) rupee vis-à-vis (the) dollar if globally there is no turmoil. You may also see bond yields responding. Given the monetary policy framework was envisaged by the eponymous Dr. Urjit Patel committee, there should be continuity in this critical aspect. To that extent, global investors and other stakeholders will welcome this appointment.”

The government is soon expected to announce the composition of a six-member monetary policy committee to decide on interest rates. It will be made up of the RBI Chief and two other RBI officials, along with three members appointed by the government.

Rajan, who was successful in his term at halving the inflation rate from the double-digits prevailing when he took over, also persuaded the government to adopt inflation targeting, setting a medium-term central target of 4%, within a range of 2 to 6% -- another policy move endorsed by Patel.

The new governor takes over at a time when retail inflation has gone over the top end of that range.

Retail inflation accelerated to 6.07% in July. This is the fourth consecutive month it has stayed above the RBI's near-term target of 5% by March.

Apart from controlling inflation, the new governor will have to follow through on the efforts to clean up the banks' bad loans so that they can support the investments needed once again if India is to keep its place as one of the world's fastest growing economies.

Patel will also have to navigate India's tricky political scene. Right-wing members of the ruling Bharatiya Janata Party (BJP) had criticized Rajan for some of his speeches on economic matters and for not cutting interest rates faster.

RBI transferred most of its surplus to government last week