India posted a GDP growth of 7.2  per cent in the October-December quarter to regain the tag of world's fastest-growing  major economy 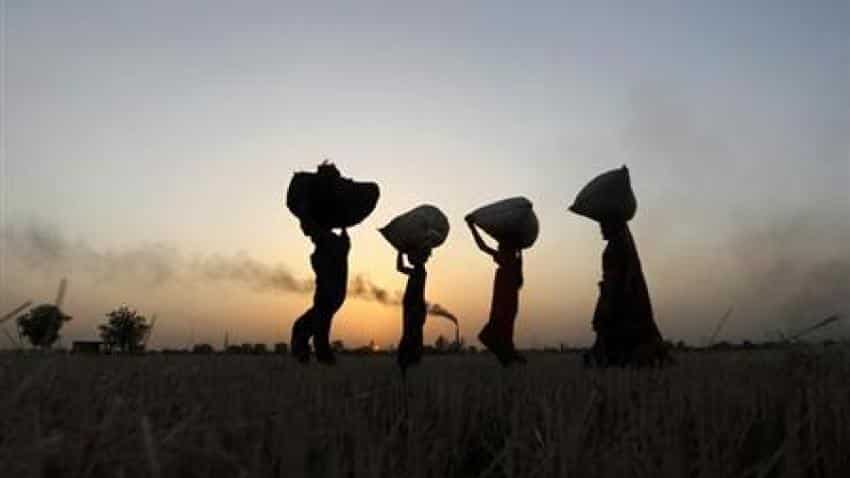 Suresh Prabhu said that India will be a bigger economy than China at some point of time. Image source: Reuters
Written By: PTI
RELATED NEWS

The Indian economy has been soaring magnificently year after year and even though there have been frequent hiccups, the trend has been upwards. It has therefore, been leading the global growth charts, beating the even best. This has led Commerce and Industry Minister Suresh Prabhu to exude confidence that India will become a USD 5 trillion economy in the next seven years.

Also, he said that India will be a bigger economy than China at some point of time. Currently India's economy is estimated at USD 2.5 trillion and that of China at USD 11.85 trillion. In the October-December quarter, India posted a GDP growth of 7.2 per cent to regain the tag of world's fastest growing major economy.

"I am very sure, you take a medium term, India will grow at a much faster rate. We will be five trillion dollar economy in seven years time," he said at an event here. The minister said that his ministry has already prepared a paper on how India can become a larger economy.
He said the manufacturing sector would contribute USD 1 trillion, services sector USD 3 trillion and the rest would come from agricultural sector for the country to become a USD 5 trillion economy in the next seven years.

"After that in next 7-10 years time may be a USD 10 trillion economy. China still will be growing. "I am not saying China is just going to wait there at USD 11.8 trillion, but when they will start slowing down, we will start growing faster. I am sure one day we will be a bigger economy," the minister said.

He also spoke about various steps being taken by the government to increase India's exports. Prabhu also expressed concern over "growing voices of protectionism" and said that opening up of economies is necessary for global growth.

"We have seen after formation of WTO all the countries have benefited. Some countries benefited obviously more than others, like China is the biggest beneficiary of the WTO," he said. The talks at the WTO's 11th ministerial at Buenos Aires in December had collapsed with the US going back on its commitment to find a permanent solution to the public food stockholding, a key issue for developing countries like India.

Soon after the collapse of the talks, Prabhu had announced that India would be hosting a mini-ministerial with a view to break the deadlock. The informal WTO mini-ministerial is scheduled to be held here on March 19-20 with an aim to find out common ground to carry forward the mandate of World Trade Organisation (WTO).