Arguments broke out between the guards and passengers due to the inconvenience. 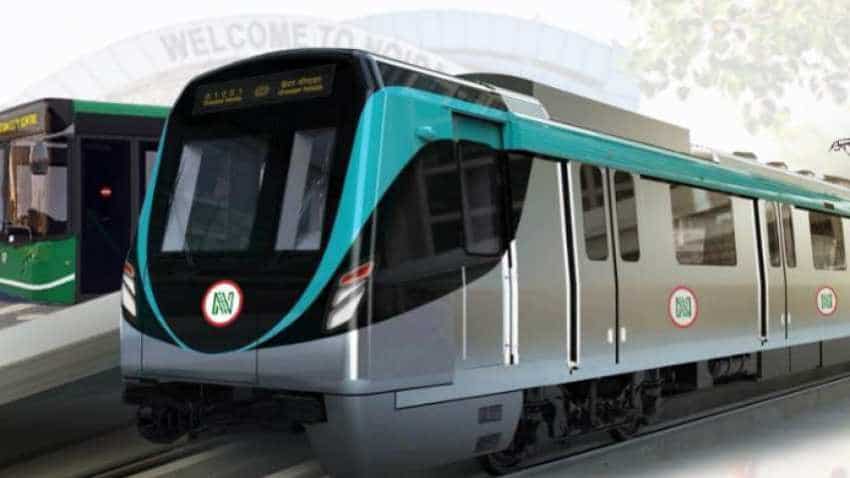 The staff had not given a prior notice with regard to the strike and hence all were taken by surprise.

Metro services came to a standstill between Noida and Greater Noida, leaving several commuters stranded, during peak hours on Wednesday. To protest against the non-payment of salaries by their security agency, several private security personnel deployed at the Aqua Line Metro stations' security frisking areas, halted their services. To add to the woes of the passengers, the services were stopped, stretching over two hours, leaving them to look for other modes of transportation.

The security of the Aqua Line stations come under the services by  Uttar Pradesh Provincial Armed Constabulary while the services for general security and frisking of passengers came under Ironman Security Services. The security staff that come under these services struck from work in to demonstrate their anguish of non-repayment of salaries at peak hours, from 6 am to 8 am, when the footfalls in the metro is the highest due to work hours.

The matter has been taken seriously and is considered a lapse of security, said the Senior officials of Noida Metro Rail Corporation (NMRC). The services were put to a stop at the Sector 81, 83, 101, 137 and NSEZ Metro stations. The staff of the private security were not at their positions and refused to carry out their duties that caused a ruckus at the metro stations. Arguments broke out between the guards and passengers due to the inconvenience.

The staff had not given a prior notice with regard to the strike and hence all were taken by surprise. With no one at the check posts, passengers could not access the metro and had to resort to other modes of transport.

The officials state that adequate action will be taken against the staff that put a stop to their services and cause inconvenience to the passengers. Additionally, the security service provider is being questioned about the explanation behind the incident. If such an incident occurs hence, the NMRC is bound to be disqualified.

The security agency  assured that such an incident will not be repeated as they will pay their staff their salaries by  the seventh of every month. The agency has submitted an unconditional apology regretting the inconvenience and embarrassment caused to the NMRC.

The Aqua Line was opened to the public on January 26 this year, connecting Noida and Greater Noida. There are around 14,000 passengers daily, travelling a stretch of  29.7 km through 21 metro stations.

Noida Metro Aqua Line to be extended to Knowledge Park 5, benefit over 300,000 commuters