Noida Metro Aqua Line to be extended to Knowledge Park 5, benefit over 300,000 commuters 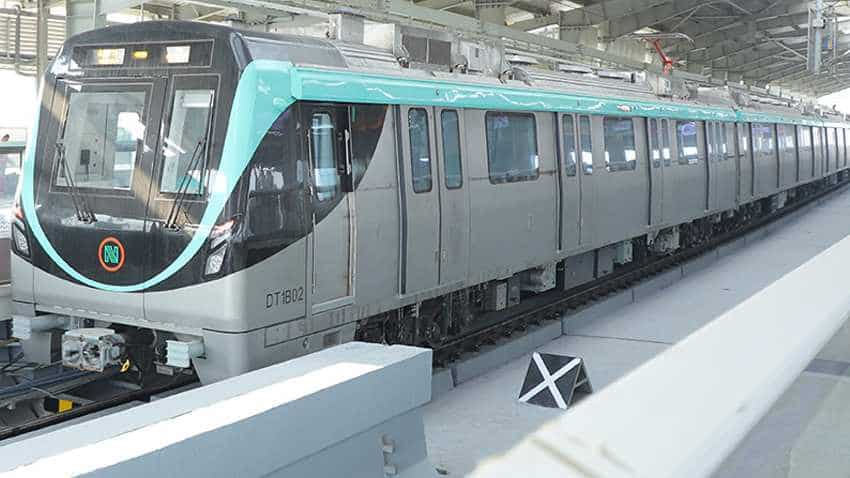 The line connects Noida with Greater Noida and after the extension, Greater Noida West will be connected directly to NCR.
Written By: ZeeBiz WebTeam
Edited By: Harish Dugh
RELATED NEWS

The Aqua line was in news last week after services were briefly disrupted as a technical fault led to the cancellation of five trips. The disruption occurred in the Automatic Traffic Signal (ATS) system around 1.30 pm and was rectified by 4.30 pm, a NMRC official had said. "There was a delay in train movement due to the ATS failure. Five trains were cancelled (both up and down) during the period. Normal services were restored around 4.30 pm," NMRC Executive Director P D Upadhyay told PTI.

He said the trains function on automated systems with an individual operator on the console of each train. "During the disruption, the trains were run in manual mode at a slow speed of 25 kmph. Otherwise the normal speed goes up to 70 kmph," Upadhyay added.