What you need to know about Cyclone Ockhi

'Oceanic and atmospheric turbulence creates cyclones of greater intensities and durations. Cyclone Ockhi is just one such example.' 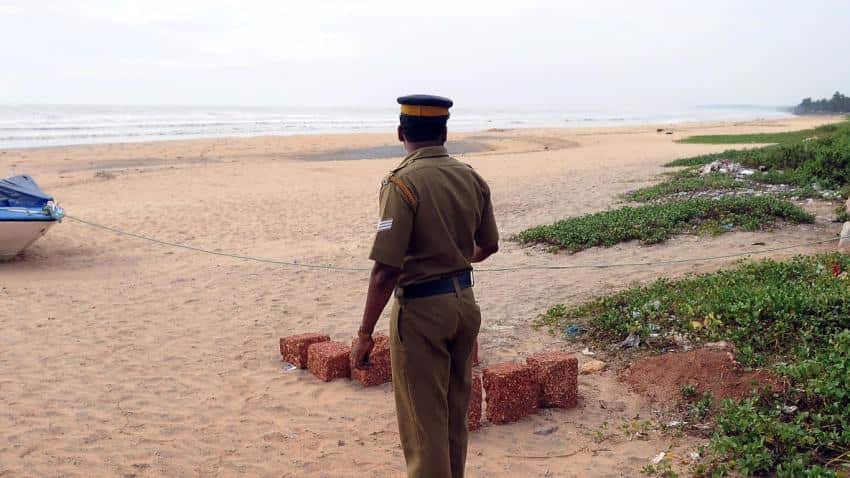 A policemen deployed at the Payyambalam beach in Kannur in the wake of cyclonic storm Ockhi that hit the southern districts of Kerala and Tamil Nadu. Image Source: IANS

It is December and we are witnessing heavy rainfall in parts of India. The weather department has forecast sporadic rains in Mumbai and its suburban region in the next 24 hours.

Schools and colleges in Maharashtra were declared shut on account of rain. Cyclone Ockhi, which is currently making its way up the western coast of India, has already disrupted life in the Kanyakumari region.

The unprecedented Mumbai rains has broken a decade-long streak of the December rain record.

So why do cyclones occur?

Tropical cyclones were defined as ‘giant engines’ by NASA. These engines use warm, moist air as fuel.

“That is why they form only over warm ocean waters near the equator. The warm, moist air over the ocean rises upward from near the surface. Because this air moves up and away from the surface, there is less air left near the surface,” NASA said.

“The increased incidence of hurricanes and cyclones as well as their greater intensity is no natural phenomenon,” said Suren Abreu, environmental activist and feminist. 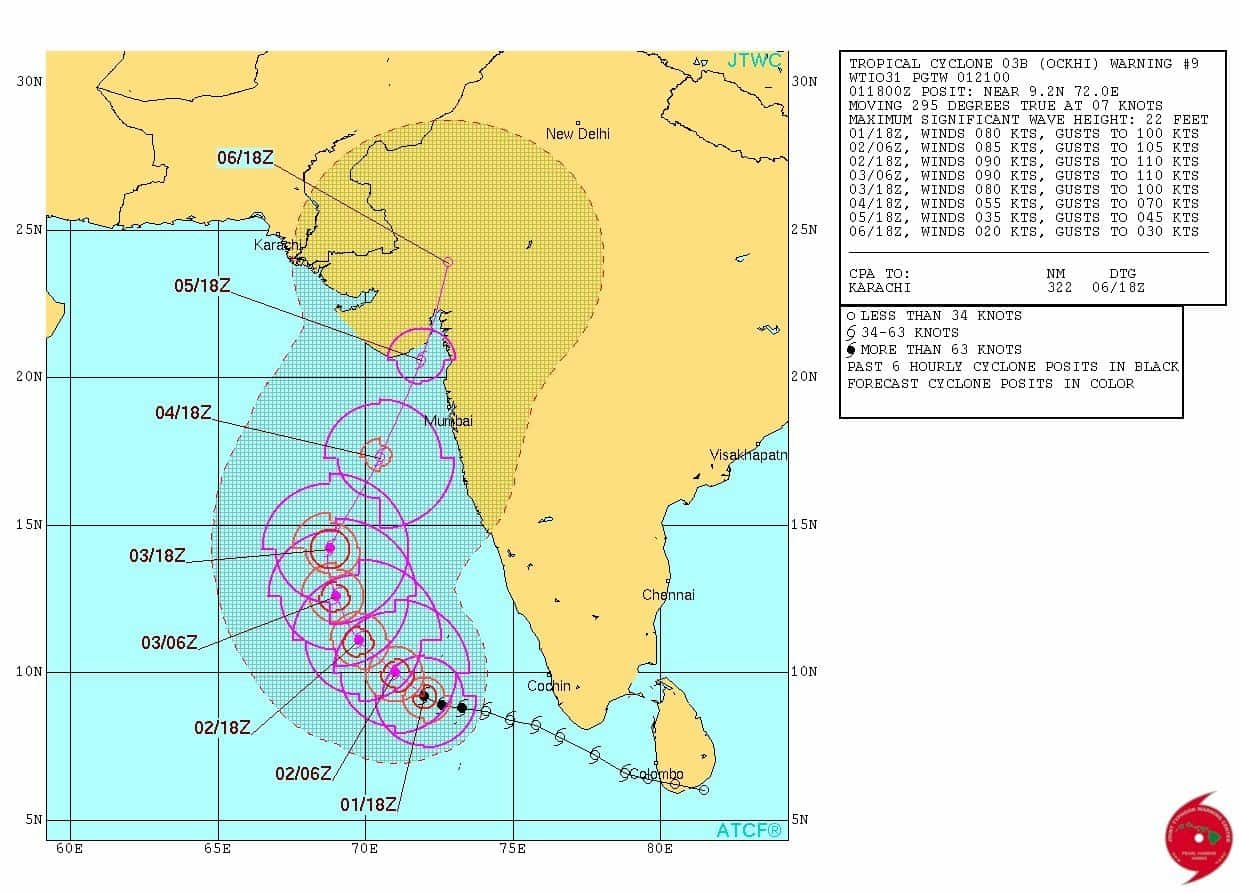 “We are seeing such an upsurge in these storms that we have to conclude to a definite link to human behaviour. Despite the views of naysayers and climate change deniers, climate change is very real, very alarming. The huge load of CO2 in the atmosphere that is only due to human activities (rapid industrialisation, deforestation, fossil fuel burning, electrification, to name a few) has caused atmospheric and surface temperatures to rise significantly,” Abreu added.

How bad is Cyclone Ockhi?

The cyclone gets its name from an active tropical cyclone. It has been the most intense to traverse the Arabian Sea.

Cyclone Ockhi was described by analysts as a ‘very severe cyclonic storm.’ “The severe deforestation across the globe further disrupts rainfall and wind direction,” Abreu said.

Over 500 fishermen who were stranded in the sea off Kerala and Lakshadweep coasts were rescued on Saturday. However the death toll went up to 14 over the weekend. 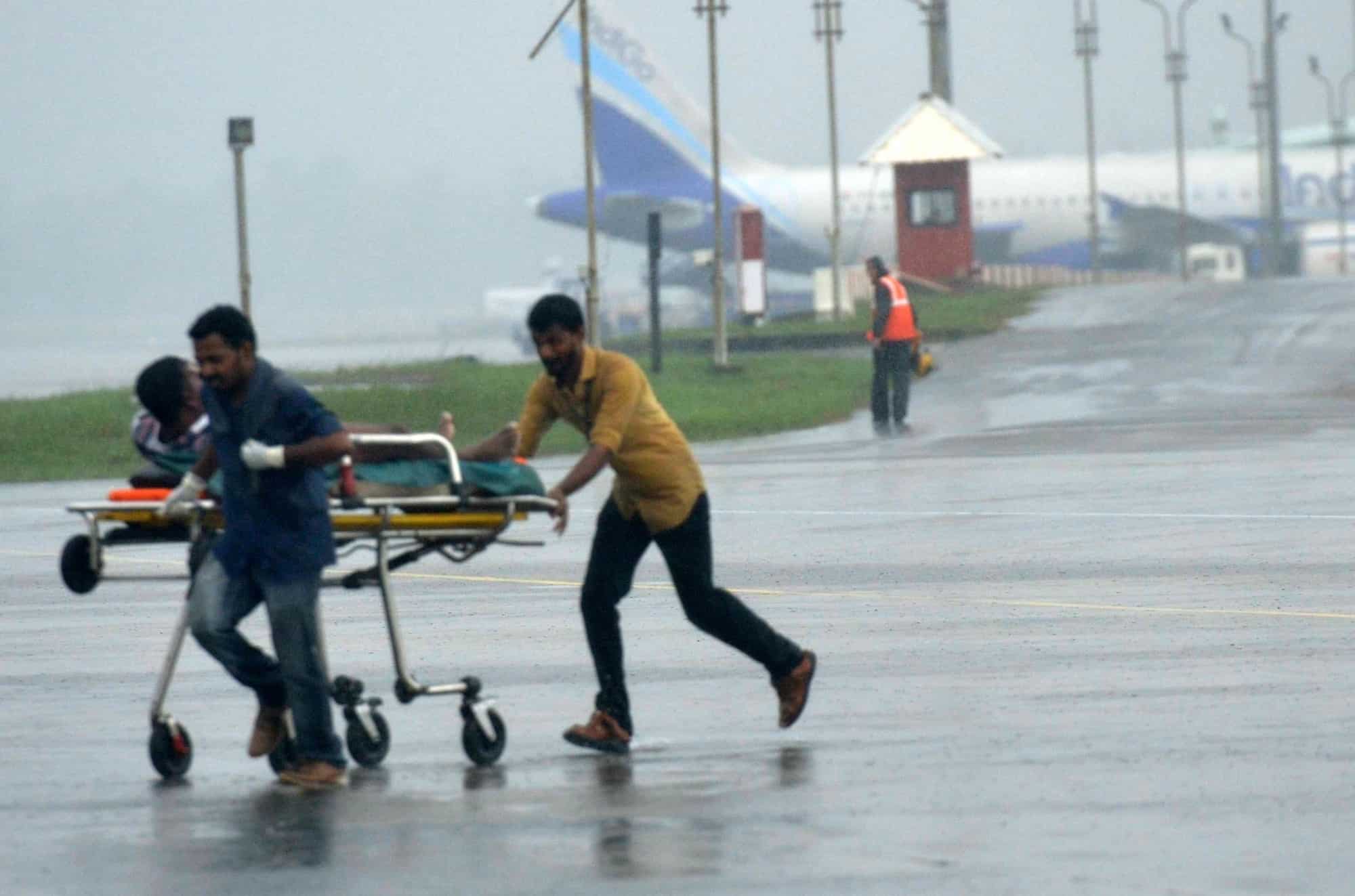 This cyclone entailed winds with speeds ranging from 165 to 220 km per hour. However the IMD said they are not anticipating a deluge in Mumbai. Though heavy rainfall in and around the Mumbai region is anticipated.

How did Cyclone Ockhi begin?

Many of the cyclones in India originate in the Bay of Bengal. However Cyclone Ockhi originated near the south-western coast of Sri Lanka.

It travelled along the coasts of Tamil Nadu and Kerala and also hit the islands of Lakshadweep.

What to expect in the next 24 hours?

Cyclone Ockhi is expected to make landfall in Gujarat by tonight. Light to moderate rainfall at most places with heavy rainfall at isolated places is anticipated across the states of Maharashtra and Gujarat.

How are transport ops being impacted?

The traffic on Eastern and Western Express Highways in Mumbai has slowed down after rain in some parts of Mumbai throughout last night, as per PTI report.

Flight operations have been delayed by an hour and will continue to be impacted until 3pm on Tuesday.

The Western Railways however issued a notice saying they were prepared for the impacts of the cyclone. Though trains were running 10-15 minutes late this morning.

Fisher folk along the western coast of India are advised to stay indoors and not to venture out to sea for the next 36 hours or next few days.

With #CycloneOckhi expected to make a landfall in Gujarat, I appeal to @BJP4Gujarat Karyakartas to focus on helping people across the state. Our Karyakartas should devote themselves to providing all possible assistance and stand shoulder to shoulder with fellow citizens.

UP CM Yogi Adityanath hands over a cheque worth Rs. 5 Cr to PM Modi from CM Distress Relief Fund towards PM's National Relief Fund, for the cyclone affected people in Lakshadweep and other States #CycloneOckhi pic.twitter.com/vPxxQaE43A

It's likely to rain today, there will be strong winds. People have been advised not to go out at night. Those living in kachha houses will be given shelter. NDRF is on alert. Municipality & local bodies are working on their level.: Mahendra Patel, Surat DM #CycloneOckhi pic.twitter.com/lUuIpOiauW

“This oceanic and atmospheric turbulence creates cyclones of greater intensities and durations. Cyclone Ockhi is just one such example,” Abreu added.