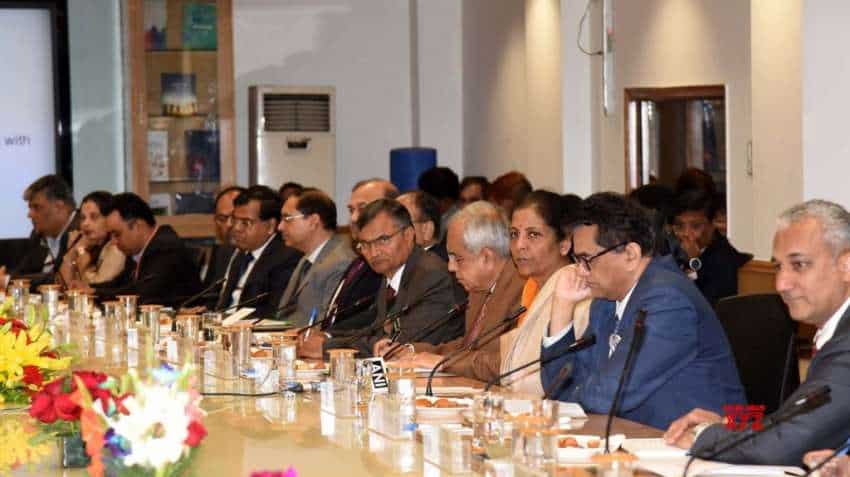 Participating in an interactive session on `Budget & Beyond`, organised by the NITI Aayog, the Finance Minister said that the immediate feedback to the Budget has been motivating Source: IANS

Participating in an interactive session on `Budget & Beyond`, organised by the NITI Aayog, the Finance Minister said that the immediate feedback to the Budget has been motivating, as it has had a "positive impact" on the currency, bond and equity markets. "It is one Budget where the impact on equity, currency and bond market has been positive. Currency market remains stable, bond market has cooled off and equity markets is positive," Sitharaman said.

The government announced a host of steps in the Union Budget, presented on February 1 in Parliament, to expand the economic activities at a time when the country is faced with a demand slowdown due to several reasons. She assured that the Finance Ministry has already been working on many of the issues addressed in the discussion and continues to move forward in the same direction. Professionals from asset management, wealth advisory, tax consultancy and other related fields participated with their outlook in the discussion with the minister.

The country`s GDP growth is projected to slow to an 11-year low of 5 per cent in the current financial year.The participants made suggestions for increasing consumption, giving more money into the hands of consumers, measures required to boost liquidity and a host of suggestions for the capital markets. Several suggestions were also made on the "Vivad se Vishwas" scheme to deal with disputes related to the direct taxes. Sitharaman said the finance ministry will provide details of the scheme soon. First Parliament approval will be required before the scheme is implemented. She also said the process of obtaining a PAN card will be made simpler.

On the REITs and InvITs, the Finance Minister said she wanted to hear the views of the economists and other tax experts on the Budget.

"If more has to be done beyond the Budget 2020, we are willing to do that," Sitharaman said at the session, where the participants made several suggestions to boost economic activities in the country to tax dividends from REITs and InvITs at the hands of the unit holders. This move could affect the demand for REITs and InvITs in the country, say experts.

NITI Aayog CEO Amitabh Kant said, "In order to take India to a high trajectory growth rate, we will discuss on forward-looking measures regarding the Budget and Beyond."