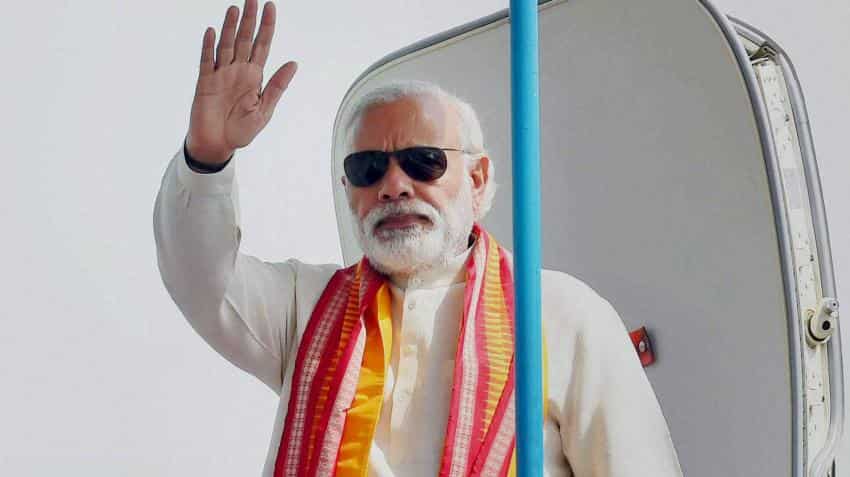 From voluntary disclosures to forced restrictions, this year saw many initiatives by the government as they tried to curtail black money usage in India.

The amount of black money in the economy has long been debated on. Some reports showed the presence of just Rs 400 crore in black money while others said over Rs 1.4 lakh crore and Rs 9,295 crore with Swiss banks.

Seven initiatives in 2016 starting with the voluntary declaration of undisclosed income scheme were motioned to eliminate illicit money from India.

A four-month window that opened on June 1 was propagated by the government as not so much a disclosure for black money hoarders but for individuals who have not disclosed their income in the previous years.

The scheme allowed for these individuals to pay taxes till November 30 with penalty and surcharge totalling 45 % at the fair market value.

The due date for filing returns was later extended to October 17 from September 30.

Gearing up to attack a bigger tax base, the government announced this scheme which has been projected to come into effect from May 2017.

Introduced by the Income Tax Department to strengthen the non-intrusive information-driven approach for improving tax compliance and effective utilization of available information.

The IT department later said that the project will be rolled out in three stages with the first phase being implemented from May 2017.

In order to effectively utilize the vast amount of information at its disposal more effectively to track tax evaders, the IT department on July 19 announced the signing of a deal with Larsen & Toubro Infotech for its implementation.

The Union Cabinet on August 24 gave its nod for signing the revised double taxation avoidance agreement (DTAA) with Cyprus.

In simple terms the deal gives India the right to tax capital gains arising in India.

Cyprus DTAA was signed on November 18 and is expected to come into play from April 1, 2017.

The bill was an amendment of the older Benami Transactions Act of 1988. The Lok Sabha on July 27, passed the Benami Transaction Bill 2015 which was predominately an anti-black money measure with the purpose to seize unknown property and prosecute those indulging in such activities.

The bill defines ‘benami’ properties as property transactions where i) a transaction been made under a fictitious name; ii) the owner is not aware or denies knowledge of the ownership of the property; iii) the person providing the property is not traceable.

Earlier, any violation of the Act would lead to imprisonment of up to three years, or a fine, or both. Now, under the amended Act, any offender would stand to be punished with imprisonment of up to seven years and be charged a fine which may extend to 25% of the fair market value of the benami property.

In a surprise move by the BJP government led PM Modi on the night of November 8 announced one of the biggest initiatives to demonetise Rs 500 and Rs 1,000 notes.

PM Modi gave the citizens a period of 50 days, from November 8 to December 30 to deposit all their old notes into bank accounts.

There were many amendments to this rule practically every day. From extending the deadline to use old notes to December 15 to allowing cash withdrawals up to Rs 2.5 lakh for weddings only the government introduced many rules.

Deposits of more that Rs 2.5 lakh, the government said would come under scrutiny.

The latest amendment on December 19 further restricted cash deposits to one time cash deposit of Rs 5,000 only and any deposits over and above it would needed to be explained as to why was it not deposited earlier.

A little more than a month after the announcement on December 15, the government announced that out of Rs 14.18 lakh crore pulled out of the economy Rs 13 lakh crore had made its way back into the banking system.

India and Switzerland inked the ‘Joint Declaration’ for implementation of Automatic Exchange of Information (AEOI) on November 22 of the money held in Swiss accounts by Indians.

With this, the government could possibly go after the ‘big fish’ who have used these accounts as a safe haven for black money.

However, the Swiss banks said they will not share details about accounts held prior to that period, while the first such exchange will happen only in September 2019.

This joint declaration which came after four years of negotiations is intended to introduce automatic exchange of financial account information between the countries on a reciprocal basis from 2018.

In what has been called the ‘last window’ in this year for black money hoarders to come clean or face stringent penalties, the government reopened the scheme announced earlier.

Under the Pradha Mantri Garbib Kalyan Yojana which began on December 17 the government said the window will remain open till March 31.

The government added that declaration under this scheme, which can be made by any person in respect of undisclosed income in the form of cash or deposits in an account, will attract tax at 30% of the undisclosed income, surcharge at 33% of tax and penalty at 10%.

A mandatory deposit of 25% of the undisclosed income in Pradhan Mantri Garib Kalyan Deposit Scheme, 2016 will also be done, the government said.

The income declared under the Scheme shall not be included in the total income of the declarant under the Income-tax Act for any assessment year.

However, the government said no immunity will be available under Criminal Acts mentioned in section 199-O of the Scheme.

Those who do not declare undisclosed income in this ‘Final Act’ will be liable to tax, surcharge and cess totalling to 77.25% of such income.