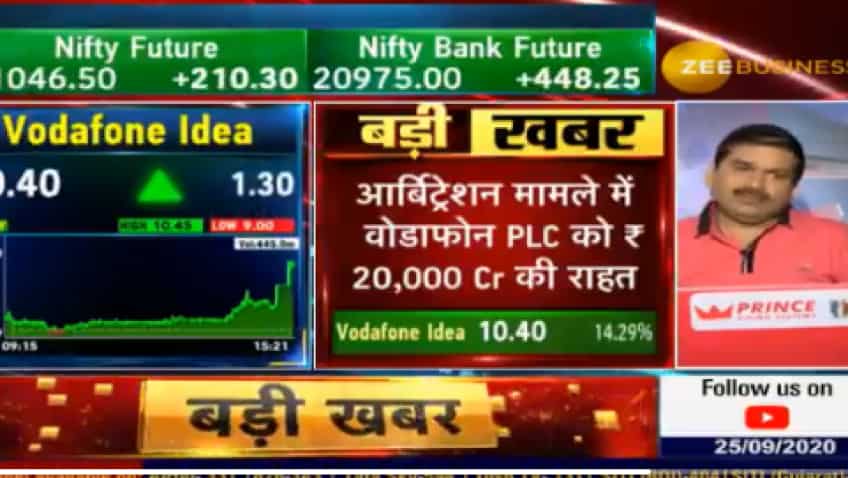 Singhvi said that investors willing to buy the stock on this news should know that the decision does not impact the operations of Vodafone Idea in any way.
Written By: ZeeBiz WebTeam
Edited By: Harish Dugh
RELATED NEWS

Zee Business sources have revealed that on a quick look on the award in the arbitration case invoked by Vodafone International Holding BV, it is clear that no damages have been awarded against Government of India.

The Government has been asked to pay only 4.3 million pounds, i.e., about Rs. 40 crore which is 60% of the tribunal’s administrative cost while the rest 40% of the cost would be borne by the Vodafone.

Government may have to refund the tax collected, which is about Rs. 45 crore, only if it does not go for appeal against the Award. Therefore, the total outgo would be around Rs. 85 crore only.

It is learnt that the Award is under study by Indian authorities and its legal counsels who would seek suitable legal remedies at appropriate forums.

Zee Business Managing Editor Anil Singhvi has given his insight into the matter for investors. The Market Guru said that the tribunal has ruled that there was no need for the company to pay the tax in India. This led to stock prices of Vodafone Idea to shoot up by almost 15 per cent today after the news broke.

Singhvi said the twist in the story is that the order is for Vodafone Plc which is the parent company of Vodafone and has nothing to do with Vodafone Idea.

The Managing Editor said that investors willing to buy the stock on this news should know that the decision does not impact the operations of Vodafone Idea in any way.

"The Finance Ministry has said today that it has just been informed that the award in the arbitration case invoked by Vodafone International Holding BV against Government of India has been passed.  The Government will be studying the award and all its aspects carefully in consultation with our counsels. After such consultations, the Government will consider all options and take a decision on further course of action including legal remedies before appropriate fora."

You will get EarPods with Apple iPhone 12 only in this country, nowhere else; here is why