Trump tariffs may be hurting US more than China, says SBI Research; check challenges for India

Prime Minister-elect Narendra Modi is all set to take oath as PM of India for the second time on May 30. His government, however, may face challenges. 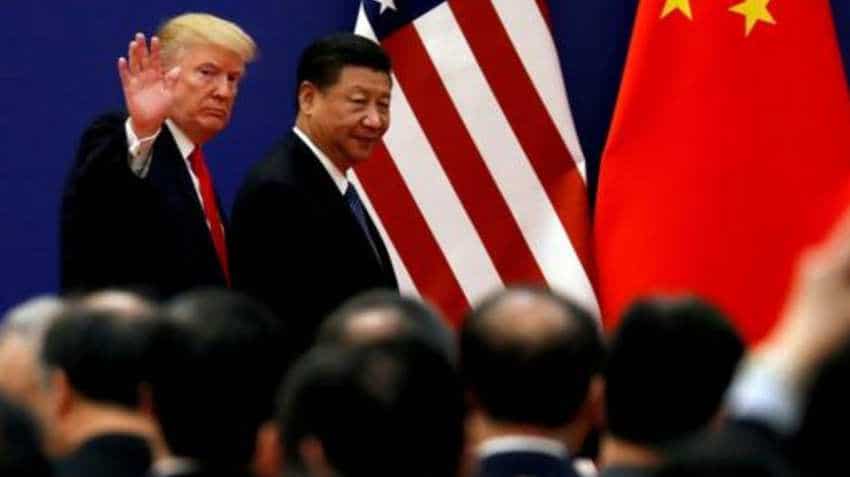 U.S. President Donald Trump and China's President Xi Jinping meet business leaders at the Great Hall of the People in Beijing on May 13, 2019. Image: Reuters

Prime Minister-elect Narendra Modi is all set to take oath as PM of India for the second time on May 30. His government, however, may face challenges in the wake of ongoing trade skirmishes between the US and other countries. According to SBI Research report Ecowrap, which was released on May 22, "The worsening economic indicators in USA, like student loan delinquency and yield curve inversion, may pose challenges for the incumbent Indian Government too."

The report titled 'Trade Wars: A Challenge For The New Government?' noted, "The ongoing trade skirmish between USA and China is showing no signs of abating with the US increasing tariffs from 10% to 25% on $200 billion worth of Chinese products on 10 May 2019. China in retaliation has said that it will raise tariffs on $60 billion worth US imports beginning 1 June 2019. China has already imposed tariffs on US products worth $110 billion last year."

Not just China, the US is also waging tariff war with other countries by imposing tariffs its major trade partners Canada, Mexico and others. The current US administration is convinced that it has to reduce its burgeoning trade deficit. In the wake of this, SBI research report noted, "Interestingly, we find that the impact of such tariffs may be hurting USA more and hence US may be caught in a vicious cycle of imposing more tariffs as a veiled threat of not retaliating."

It explained:  For example, Chinese data shows that the monthly growth of imports from USA has declined more as compared to Chinese exports to USA after July 2018. Although, China will be impacted more as the base of its exports to USA is much larger than its imports, it appears that US is not going to remain unscathed.

"More than 800 U.S. food and agricultural products have been subject to retaliatory tariffs from China, the EU, Turkey, Canada, and Mexico. This could be reason for the slowing exports growth of agricultural products. With nearly 20% of farm income derived from exports, the trade war will impact the US farmers to a considerable extent," said SBI Research.