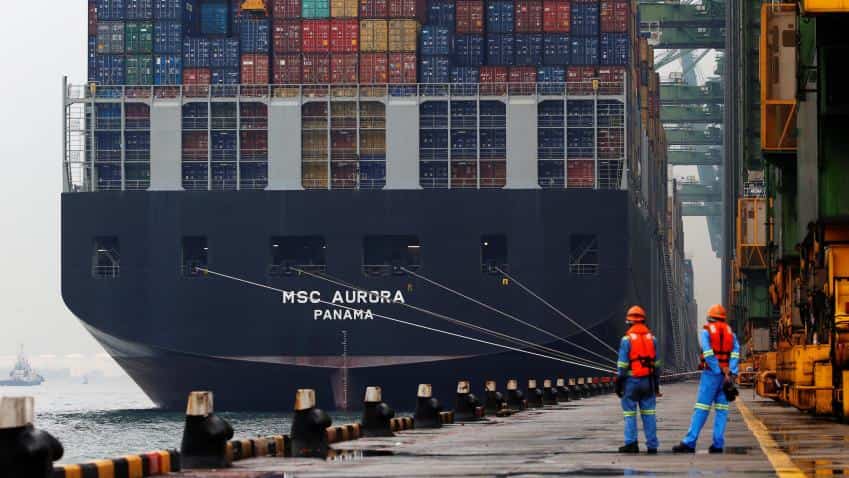 Exports fall yet again but there is a silver-lining

US had over Rs 11,300 crore trade deficit with India in March

India's current account deficit (CAD) may widen to 1.6% of GDP in FY17 against an estimated 0.9% in FY16, a Nomura report said. Demand in the country may pick up on the back of better monsoon, pay hikes and public capex, the report said.

Against this, the key disappointment was the weakness in imports, the report says, which contracted to 23.1% in the month. High oil prices led to rise in oil imports and gold imports remained weak at $1.2 billion in April, because of the 45-day-plus jewellers' strike.

"The weakness in core imports was broad-based with both capital goods and consumption goods imports (which were holding up until now) contracting sharply", report added.

The overall trade data, according to the report, painted gloomy picture on both domestic and global demand. "The broad-based weakness in non-oil imports is a worrying sign. After sluggish industrial output growth in March, the April import data suggest no turnaround in domestic demand yet", report said.

However, going ahead, Nomura expects that domestic demand will pick up as the country is expecting a better monsoon after a two-year drought. Both, the Indian Meteorological Department (IMD) and Skymet predict a good monsoon this year.

Pay hikes for government employees under the seventh pay commission will also bolster demand in the domestic market.

However, going ahead, downside risks for imports are likely to remain.

Exports fall yet again but there is a silver-lining

US had over Rs 11,300 crore trade deficit with India in March