Top 7 decisions of Modi Cabinet today: From Deposit Schemes to Occupational Safety, check them out

The Bill will help tackle the menace of illicit deposit taking activities in the country, which at present are exploiting regulatory gaps and lack of strict administrative measures to dupe poor and gullible people of their hard-earned savings. 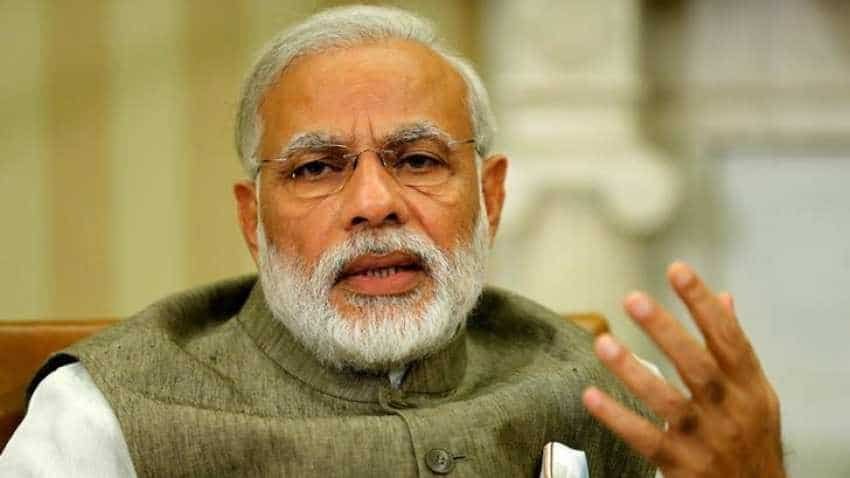 The Union Cabinet, chaired by Prime Minister Narendra Modi, today took several key decisions, which were later informed to mediapersons by Union Ministers Prakash Javdekar, Santosh Gangwar and NS Tomar. The key decisions that got the cabinet approval are given below:

The Bill will help tackle the menace of illicit deposit taking activities in the country, which at present are exploiting regulatory gaps and lack of strict administrative measures to dupe poor and gullible people of their hard-earned savings.

3. The Union Cabinet chaired by Prime Minister Narendra Modi also approved grant of Organised Group 'A' status to Indian Railway Protection Force (RPF) and consequential benefits of Non-Functional Financial Upgradation (NFFU) with effect from Januray 1, 2006 and Non-Functional Selection Grade (NFSG) at 30% of Senior Duty Post (SDP) with effect from June 6, 2000, as per Department of Personnel and Training guidelines.

Grant of status of Organized Group 'A' service to RPF will end stagnation, improve career progression of the officers and keep up their motivational level. Eligible officers of RPF will get benefitted.

5. The Cabinet has approved the proposal to introduce The Transgender Persons (Protection of Rights) Bill, 2019. The Bill will be introduced in the ensuing session of Parliament. it provides a mechanism for their social, economic and educational empowerment.

It will benefit a large number of transgender persons, mitigate the stigma, discrimination and abuse against this marginalized section and bring them into the mainstream of society. This will lead to inclusiveness and will make the transgender persons productive members of the society.

6. In a historic decision to protect children from Sexual offences, the Cabinet today approved the Amendments in the Protection of Children from Sexual Offences (POCSO) Act, 2012. It will make punishment more stringent for committing sexual crimes against children including death penalty. The amendments also provide for levy of fines and imprisonment to curb child pornography.

The amendment is expected to discourage the trend of child sexual abuse by acting as a deterrent due to strong penal provisions incorporated in the Act. It intends to protect the interest of vulnerable children in times of distress and ensures their safety and dignity. The amendment is aimed to establish clarity regarding the aspects of child abuse and punishment thereof.

7. In a major boost to rural road connectivity across the country, the Cabinet Committee on Economic Affairs, chaired by Prime Minister Narendra Modi, has given its approval for the launch of Pradhan Mantri Gram Sadak Yojana-lll (PMGSY-III). It involves consolidation of Through Routes and Major Rural Links connecting habitations to Gramin Agricultural Markets (GrAMs), Higher Secondary Schools and Hospitals.

Under the PMGSY-III Scheme, it is proposed to consolidate 1,25,000 Km road length in the states. The scheme will also include Through Routes and Major Rural Links that connect habitations to Gramin Agricultural Markets (GrAMs), Higher Secondary Schools and Hospitals.

The decision would facilitate easy and faster movement to and from Gramin Agricultural Markets (GrAMs), Higher Secondary Schools and Hospitals. Roads constructed under PMGSY would also be maintained properly.