The Cabinet on April 1 approved the Motor Vehicle (Amendment) Bill 2016 that provides for linking of driving licence and vehicle registration with Aadhaar-based platform and proposes heavy penalties for traffic violations. 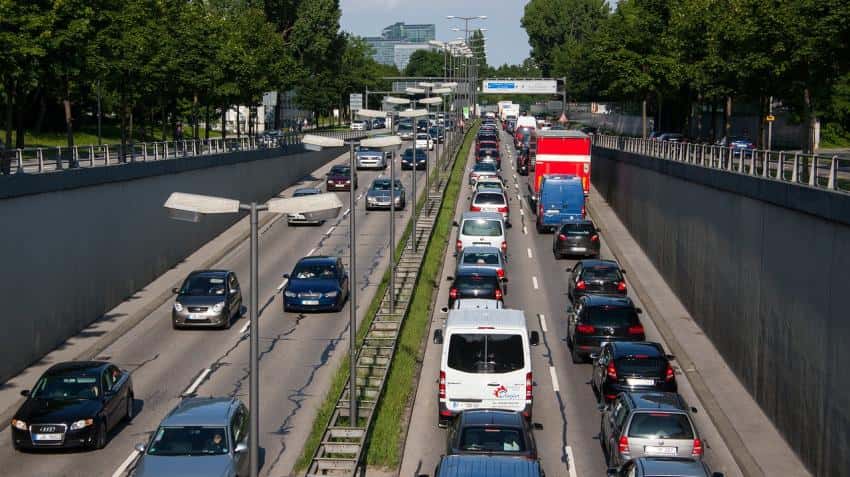 Motor Vehicle Act: Hefty penalties are fine but what about these old laws, Mr Gadkari?

The Lok Sabha on Monday passed the Motor Vehicles (Amendment) Bill, 2016, according to Bloomberg report. The Bill was introduced on April 7 in the Lok Sabha.

The Amended Bill authorises the government or the Ministry to exempt or waive off any section to promote innovation. The provisions of the Bill talk about improved citizen centric services, reducing the number of accidents and several steps proposed to reduce the footfalls to regional transport offices (RTO).

The Cabinet on April 1 approved the Motor Vehicle (Amendment) Bill 2016 that provides for linking of driving licence and vehicle registration with Aadhaar-based platform and proposes heavy penalties for traffic violations.

"We have proposed an amendment in the Motor Vehicle Act where people need to have Aadhaar number to apply for driving licence and need not to visit transport offices to get a learning driving licence as it all will be online," Road Transport and Highways Minister Nitin Gadkari told reporters after the Cabinet meeting.

"The Bill proposes Aadhaar-based verification for grant of online services including learner's licence. This would ensure the integrity of the online services and also stop creation of duplicate licences," he said.

The move comes in wake of de-duplication of licences and registration of stolen vehicles. The government has decided to make an all-India register for driving licences and vehicles which would be available across the country.

Gadkari said the Cabinet has approved various changes in the Motor Vehicle (Amendment) Bill 2016. These include 16 amendments and rejection of three suggestions made by the Parliament Standing Committee.

The three major suggestions rejected by the government include registration of vehicles by only RTO and inspection of vehicles by RTO. Once the bill is approved vehicle dealers will be authorised to issue vehicle numbers and register them through an all-India electronic register.

The bill introduced in Parliament last year had proposed 89 clauses for amendment out of which only 57 were accepted by the Parliament Standing Committee on Transport, headed by Mukul Roy.

The important aspects of the bill are 100 per cent e-governance to be brought in transport sector, the minister said, adding identity verification using Aadhaar will be used, bad roads contractor to be liable for fine, drivers will included in third part Insurance and Claims would be time bond.

The bill was introduced in the Lok Sabha on August 9, 2016 and was referred to Departmental Standing Committee on Transport, Tourism and Culture, headed by Mukul Roy.

The Motor Vehicle Act 1988 is a 30-year-old instrument which had not kept pace with the change of dynamics of road transport & information technology.

Motor Vehicle Act: Hefty penalties are fine but what about these old laws, Mr Gadkari?