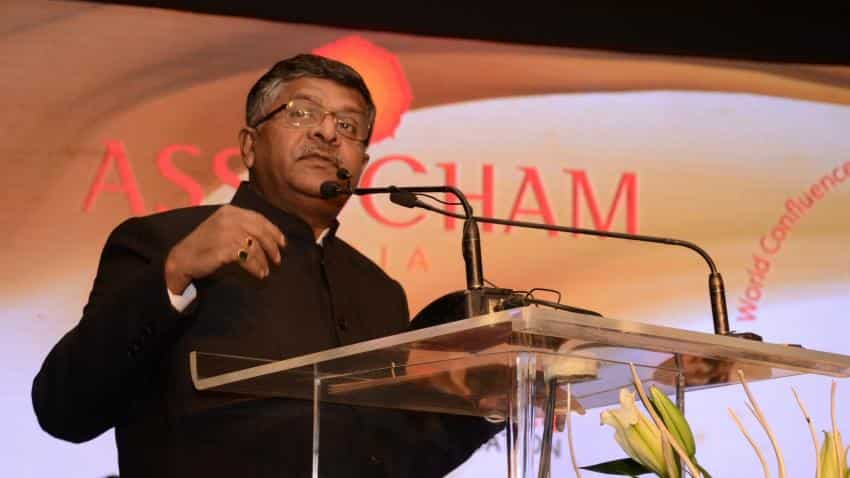 India Post's payments bank will start functioning from March 2017 and serve as a wider platform to implement financial inclusion programmes, IT and Communications Minister Ravi Shankar Prasad said on Sunday.

He said the proposed India Post payments bank will have immense potential to sell third party product and services.

India is at the tipping point of digital revolution and Postal department should be the fulcrum of economic development esp in rural India !

About 50 companies, including some from abroad, are keen to partner with postal department for the payments bank, like World Bank, Citi from America, Barclays from England, he said.

Reacting to a query, he said these institutions will offer third party services like insurance products, mutual funds, banking instruments and a variety of financial instruments.

Asked on the interest shown by these institutions, the minister said, "...that board will decide, I'm only saying value addition of postal department it is attracting so much global attention."

"...they will decide how much to give them. It is a call they will take," he said.

The payments bank of the postal department will become a big platform of financial inclusion, Prasad said.

"We are going to invest about Rs 800 crore-- Rs 400 crore will be invested by the department and the remaining amount will be equity part (mobilised as equity)," he said.

"Under (Prime Minister) Narendra Modi, we have decided to re-energise the postal department for India's growth and financial inclusion," he further said.

In August 2015, the Reserve Bank of India (RBI) had given in-principle approval to 11 entities to start payments bank, including the postal department.

The approval is valid for 18 months and all the entities are required to submit a detailed business plan after which they shall be given the final nod.