This company has dropped over 19% today; here is why you should buy into it

In Q1FY19, Symphony recorded a decline of 48% in consolidated net profit, which came in at Rs 20 crore compared to Rs 39 crore a year ago same period. 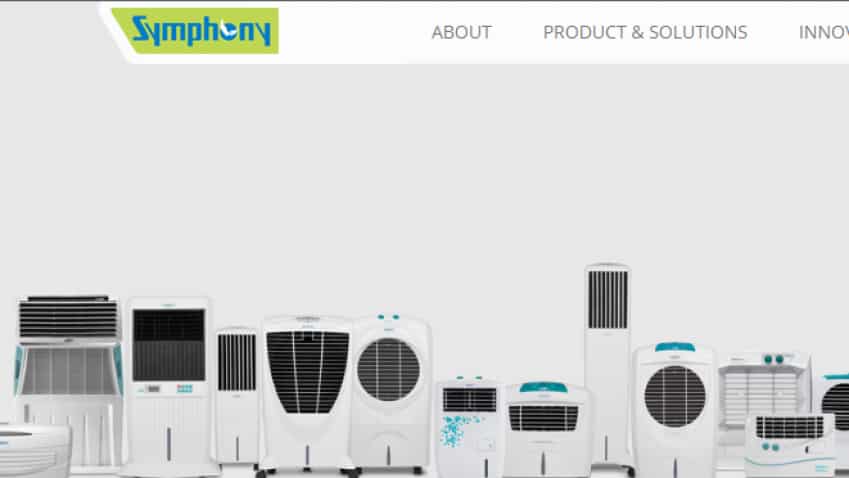 While domestic benchmark indices were trading on a positive note, there was one small cap company that was getting a massive beating on exchanges. Consumer electronics maker Symphony Limited was not the most preferred stock on both BSE and Nifty 50, after the company posted weak first quarter ended June 2018 (Q1FY19) result. Symphony, whose air coolers are famous globally tumbled by over 19% on BSE.

For Symphony, business in India was weak as revenue came in at Rs 66 crore from the country during Q1FY19 versus Rs 110 crore in Q1FY18.

Considering above Q1FY19 performance, investors were very bleak on Symphony stock price. However, this also creates a cause of concern to whether we should invest in this company or avoid it.

According to HDFC Securities, erratic summer (two consecutive seasons) impacted the air cooler industry, with the branded market declining by ~15%. Weak consumer offtake led to carry forward of higher than normal inventory (for all players) to the new season.

In their view, Symphony’s off-season (2QFY19 and 3QFY19) performance will be impacted by higher inventory. New product launches (‘tech-rich’) which are generally launched at the start of the season will now be delayed to FY20.

Still, Naveen Trivedi and Siddhant Chhabria analysts at HDFC Securities said, “ we don’t see any structural change either in the branded air cooler industry or Symphony’s competitive strength. Symphony maintained market share even during a challenging period which highlights the strength of the brand.”

The duo added, “We believe when the time gets tough, the tough gets going. We continue to maintain faith in the long term prospects of the business.”