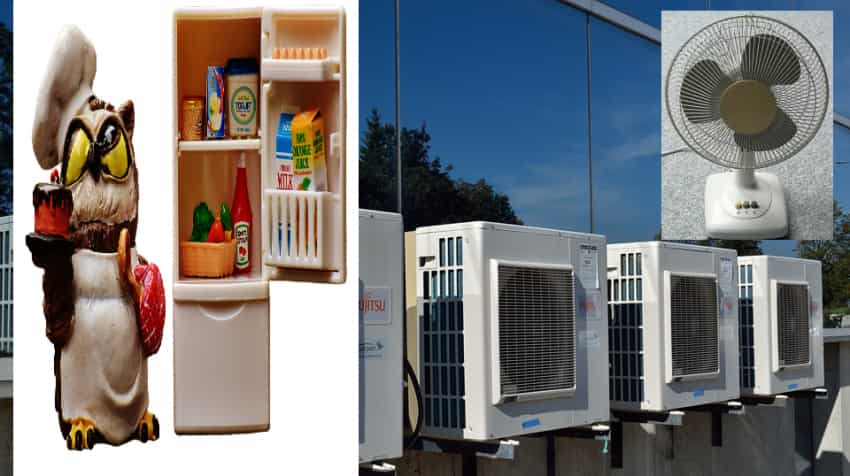 The Summer 2019 is ending with a bang. Photo: Pixabay

The Summer 2019 is ending with a bang as there is a rising demand in cooling products such as Air conditioners, air coolers, FAN and other appliances. Data compiled by HDFC Securities revealed that on a pan-India basis, summer 2019 (upto 31-May) was slightly cooler than previous two years - 2017 and 2018 (-0.23/-0.08°C YoY). This was led by a delay in onset of summer in North. Rest of India witnessed a hotter season. However, owing to erratic summer which impacted offtake, growth for cooling products was muted in FY19. However, this is now believed to be reverse in FY20, and in fact, cooling product makers can be best bet on stock exchanges as well.

Naveen Trivedi and Siddhant Chhabria analysts at HDFC Securities said, “We continue to believe these headwinds will reverse in FY20. We expect 15-20% volume growth coupled with margin expansion for cooling appliances in FY20.”

The duo added, “We remain bullish on cooling appliances despite a weak season in 2018. Low penetration, rising temperatures, higher affordability, consumer financing and Govt’s electrification drive remain key drivers for growth. With summer 2019 expected to end on a strong note, we expect a mean reversion in growth in FY20.”

This is how cooling products are expected to perform in FY20, as per HDFC Securities analysts.

Market is growing at ~20% led by a scorching summer, pent-up demand and broad-based offtake. Consumers are opting for lower priced products i.e. fixed speed RACs instead of high-end inverters (unlike 2018). Consumer financing is driving growth with financing share at 45% vs. 35% in 2018. RAC market has not witnessed liquidity stress in terms of consumer financing.

Also, Tier 2,3,4 and 5 cities are growing faster than Tier 1 cities and metros as affordability rises coupled with lower penetration. Meanwhile, prices are stable with no discounting as volume growth was healthy.

Thereby, the duo said, “ We expect Voltas to benefit from this trend as its pricing strategy (mid-segment) and fixed speed mix is in contrast to its peers (LG, Daikin, Lloyd, Blue Star etc).”

Air cooler market is growing in mid-teens led by hotter summer vs. 2018. Mid-priced products and premium products are growing at a healthy clip. During May-June prices are stable with no discounting, resulting in healthy EBIT margins  Air cooler growth in tier 3-4 cities is faster vs. metros.

“Symphony’s channel inventory is at lower levels and hence co. will benefit from off-season sales also during FY20,” said the analysts.