In a year, Sensex has given an impressive 23.98% return, whereas Nifty 50 has managed 21.19%. Interestingly, there are 3 major aviation stocks that have given higher returns than these benchmark indices in a year. 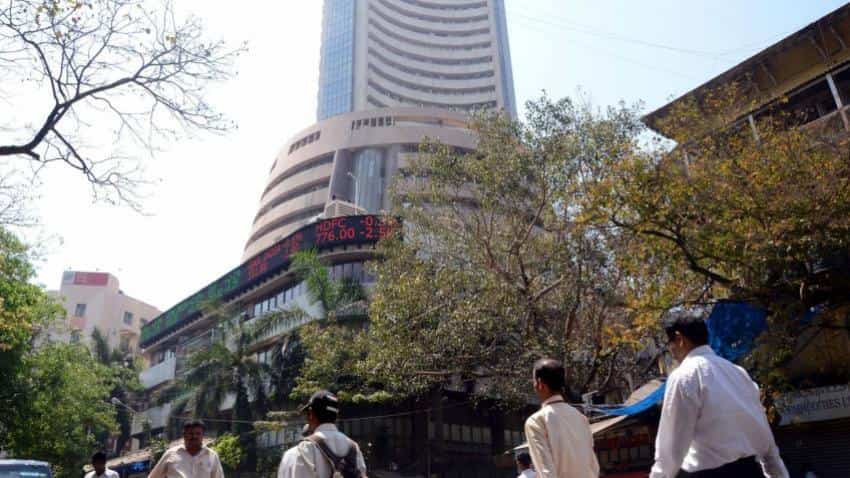 Indian benchmark indices are currently trading at a premium of 11% to their 10 year average P/E ratio. On Tuesday, led by rising hopes of a BJP win in Karnataka 2018 election, Sensex and Nifty 50 gained by over 430 points and 120 points respectively, before finishing almost muted at 35,543.94 and 10,801.85 level during the day as it emerged that the saffron party may not form the government as it did not get a full majority in the assembly. It needs to be noted that both benchmark indices Sensex and Nifty 50 to outrun major global equity markets. Over the last 12 months, world market cap has increased by 13.2% (USD9.5t), while India’s market cap is up 16.5%.

In a year, Sensex has given 23.98% return, whereas Nifty 50 has managed to soar by 21.19%. Interestingly, there are 3 major aviation stocks that have given higher returns than the mentioned benchmark indices in a year, and an investor still can continue to invest in these stocks as they are trend towards new heights.

Gagan Dixit and Rachael Alva analysts at Elara Capital said, “We value SJET at Rs  203, ascribing 8.0x FY20 EV/EBITDAR multiple. SJET is our top pick among aviation space based on our bullish stance on regional market growth, where SJET has highest capacity.

The duo added, “SJET would start receiving Boeing737-8Max and regional Bombardier planes from Q3FY19. Company gives guidance of induction of 19 Boeing 737 Max aircraft in FY19 which are 8-9% fuel efficient. Company also guides about induction of 8 new generation Q400s regional aircrafts with additional capacity in FY19, and thus will improve operating economics of this aircraft by 15-18%.”

This aviation firm has surpassed even it’s peers on stock exchanges. Although on Tuesday, the stock price tumbled by 5.47% to Rs 438.15 per piece, still it has potential to clock over Rs 800-mark.

Analysts at Edelweiss Financial Services, said, “Recommend going Long on JETIN as we believe the management is undertaking prudent strategic initiatives with primary focus on building cost efficiencies and simultaneously hedge with short INDIGO on back of valuation disparity. We like INDIGO as well , however relative valuations are extremely cheap for JET.”

They added, “Jet’s decision, in the past, to deploy incremental capacity on international routes had benefitted the company in the form of margin improvement. However, significant international exposure has precluded from fully benefiting from the unprecedented spurt in domestic traffic over the past 3 years.”

This airline is the largest in India in terms of market share under aviation industry. Unlike above peers, Indigo share price today jumped by nearly 5.09%, before ending at Rs 1,197.60 per piece up 0.81%.

According to analysts of Geojit, the impact seen on earnings in Q4FY18 is not likely to continue going forward since there is limited scope for further absorption of fuel cost and we expect rationalisation of ticket prices leading to improvement in margins. Considering Indigo‟s fuel efficient fleets, market leadership position, aggressive capacity addition and healthy balance sheet, we continue to maintain our positive view on the stock.

They added, “We lower P/E multiple valuation to 17x (20x earlier FY19E) given near impact on margins while we roll forward to FY20E, with target price of Rs 1,438 and maintain to “BUY”.

Therefore in case you plan to buy equities in aviation sector, it is always advisable to read above mentioned factors to avail good investment opportunity.