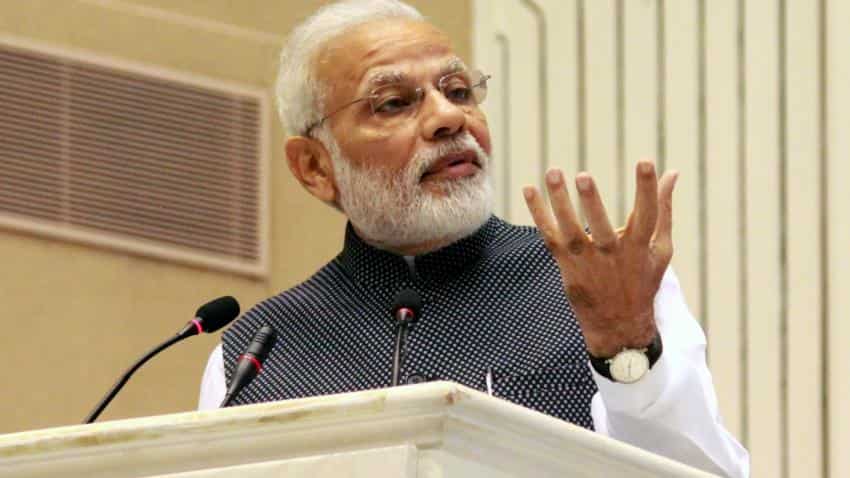 Income tax returns (ITR) filing: 12 power points to ensure you never get a call from taxman

Ahead of the Union Budget which will be presented on Wednesday February 1, Mahindra Mutual Funds started a conversation on Twitter with the hashtag ‘Taxes Acche Hain.’

The budget is expected to reveal insights on the much awaited Goods and Service Tax (GST) regime.

Mahindra’s hashtag trended on the micro-blogging websites’ Mumbai trends on Monday with a total of 4,470 tweets in just two days.

The company began the conversation with a tweet that said, “#TaxesAccheHain – Some agree, some don’t but everyone has a right to opinion.”

#TaxesAccheHain - Some agree, some don't but everyone has a right to opinion. Join the conversation! https://t.co/fIcQhu9sNI pic.twitter.com/DYPFzgwsY4

A mixture between the slogan for the Bharatiya Janta Party’s 2014 election campaign and Surf Excel’s tagline ‘Daag ache hain,’ garnered twitteratis’ attention and their opinions were as follows.

Saying #TaxesAccheHain is like saying vegans are better than vegetarians. It's a neverending debate IMHO & the decision swings either way

#TaxesAccheHain I cant believe this? #GST it's not even a universal TAX anymore, I mean interstate variations? Waiting & watching...

I consume/purchase, i pay Tax on everything so why do I still need to pay tax on my income? #TaxesAccheHain

My Taxes go in supporting another state that has nothing to do with me!
Then Why I Need To Pay Tax #TaxesAccheHain

Without Taxes there is no way for us to contribute directly to the nation's progress #TaxesAccheHain https://t.co/0zZnGBuurj

The Govt. is relentlessly Burning away your tax money. Spending someone else's money on someone else! With NO TRANSPARENCY #TaxesAccheHain pic.twitter.com/4uV3ooVtxB

We handover 50% of our salary to government through all type of taxes. Then why should we think to live in India.
#TaxesAccheHain #FM17

Income tax returns (ITR) filing: 12 power points to ensure you never get a call from taxman