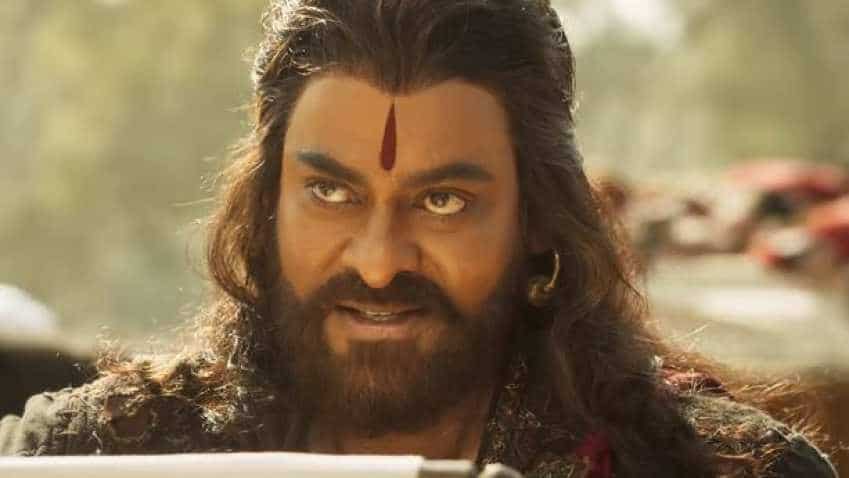 Some of the biggest movies recently have been leaked online by a piracy website, causing huge losses at the box office. Now, Sye Raa Narasimha Reddy full movie in HD has been leaked online for free download. Sye Raa Narasimha Reddy has superstar Chiranjeevi in lead role. This was done by Tamilrockers, which is a piracy website which illegally provides latest pirated Hindi, Tamil, Telugu, Malayalam movies online for downloading by anyone and everyone. Despite Madras High Court orders and various action taken against Tamilrockers, this website has not stopping leaking various popular movies and among the more recent ones are Saaho, Mission Mangal, Batla House, Nerkonda Paarvai and more.

Sye Raa Narasimha Reddy hit the screens 2nd October 2019. The multilingual film has popular faces like Chiranjeevi, Sudeep, Vijay Sethupathi, Tamannaah, Nayanthara, Amitabh Bachchan and Jagapati Babu. The fans down south are extremely excited to watch this mega historical drama that is based on the first battle against the British.

TamilRockers is a torrent website that has been in the news frequently, especially in south India but it is increasingly acquiring a bigger profile. It is similar to international illegal torrent sites like Pirate Bay, from where one can download mostly Indian movies and other content for free via a torrent client.

However, one should know that even though the URL itself is blocked by the government, Tamilrockers is being accessed via proxy servers to download movies illegally.

This was not the first film to be leaked by Tamilrockers this year. Before this, major big-budget bollywood films, including Saaho, Judgementall Hai Kya, Kabir Singh, Bharat, India's Most Wanted, Kalank, Gully Boy, De De Pyaar De, Student of the Year 2, Thugs of Hindostan, and Simmba were made available for illegal downloading and streaming. Not just this, even Hollywood film IT Chapter 2 was leaked by the same website. Starring Jessica Chastain, James McAvoy and Bill Hader, the film is the sequel of It which released in 2017.