The minister highlighted areas including cyber security where the technology giant could play a bigger role. 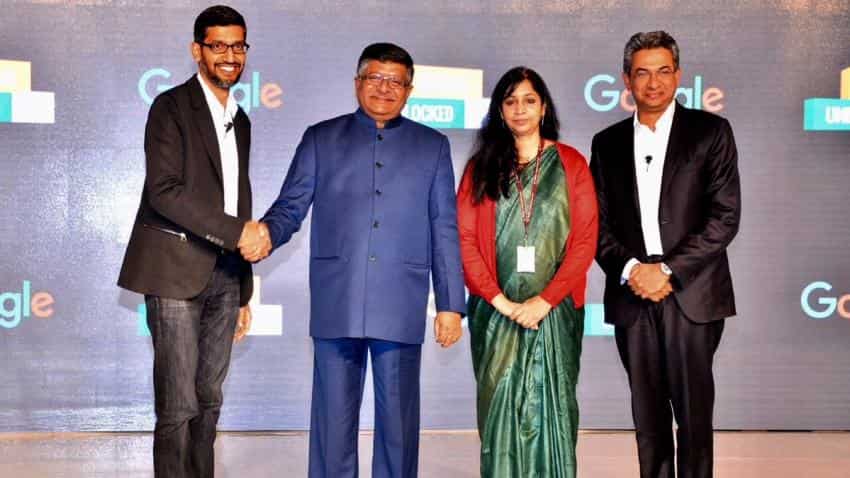 He stressed that Google India needs to tailor its operation more to the country's psyche. Photo: Twitter
Written By: PTI
RELATED NEWS

Terming Google "as much an Indian company as American", IT Minister Ravi Shankar Prasad today said it needs to play a larger role in the domestic market by tailoring its products and working more on cyber security.

"Google is as much an Indian as American. The sheer extension which I would say... The manner in which people of India have accepted you... Therefore, Google has as much obligation for India as you have for the US and the world," Prasad said at a Google event here.

Stressing that Google should be more involved, the minister highlighted areas including cyber security where the technology giant could play a bigger role.

A growth of digital payments will lead to stronger challenge of cyber security, which "our Prime Minister has termed as a bloodless war", he said. "I would appeal to Google to work more to ensure digital security... There has to be greater technological strengthening of the IT walls," he added.

There has been a spike in digital transactions across platforms like mobile wallets, UPI and USSD after the liquid cash crunch following the government's move to scrap old Rs 500 and 1,000 notes.

This has put digital payment companies under severe scrutiny as users and experts question their preparedness to deal with cyber attacks.