The runway at Rajahmundry airport was extended from 1,750 meters to 3,165 meters at a cost of Rs 182 crore, said Suresh Prabhu. 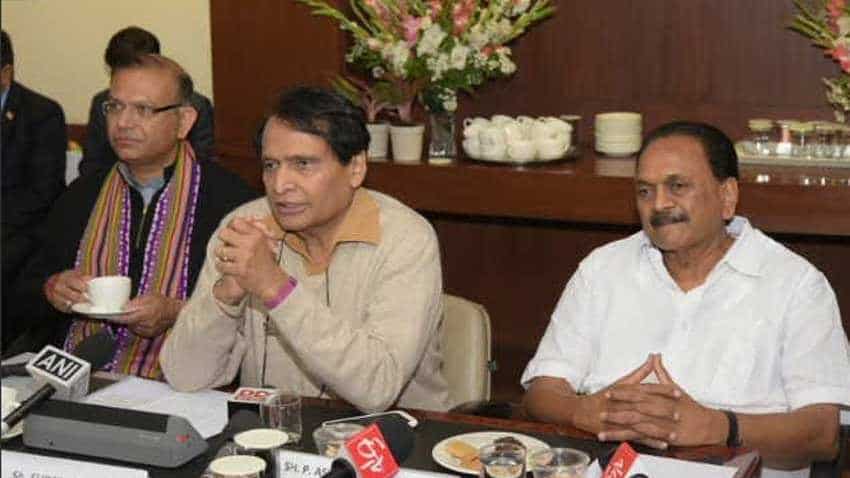 Suresh Prabhu said a meeting with the Asian Development Bank (ADB) was held on Tuesday to create integrated logistics for the country.

The runaway at Vijayawada airport was extended from 2,286 meters to 3,360 meters, which will allow wide-bodied aircraft to land. Airports Authority of India (AAI) Chairman Guruprasad Mahapatra said the project cost Rs 145 crore.

Speaking on the occasion Prabhu said: "The country has 103 airports and another 100 airports may be added in the next 10-15 years with an estimated investment of $65 billion."

Stating that volume of air passengers had doubled in the last four-and-half years, the minister said expansion of cargo handling facilities would attract more investment in the sector.

The air cargo policy, unveiled on January 15, would further boost the aviation sector, he added.

Prabhu said a meeting with the Asian Development Bank (ADB) was held on Tuesday to create integrated logistics for the country. Over 100 top global players attended the meeting.

Minister of State for Civil Aviation Jayant Sinha said the number of airports that has increased from 75 to 103, in few years would soon cross 150, including airstrips.