The week gone by had a trading holiday on Monday in India and the US, and began trading on Tuesday on an extremely weak note. The merger of PSU banks probably did not go down well with the markets or they expected more than just this. Either way Tuesday was really weak. The remaining three days saw the market alternating between gains and losses. 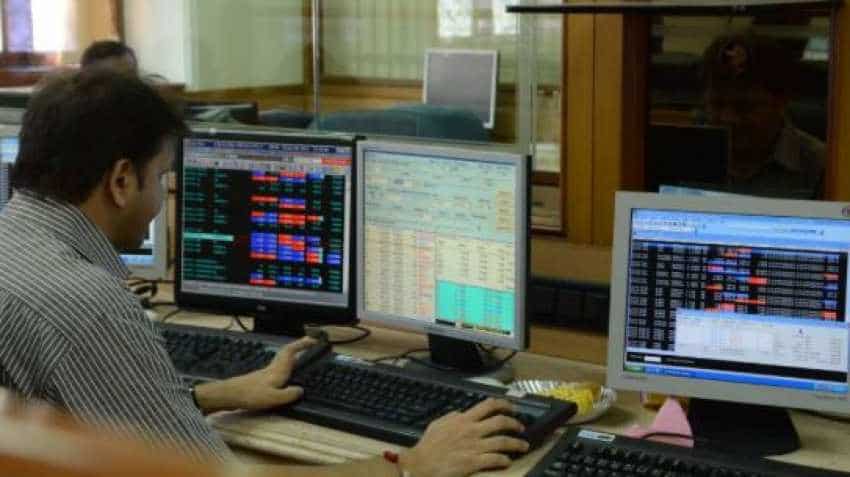 The week gone by had a trading holiday on Monday in India and the US, and began trading on Tuesday on an extremely weak note. The merger of PSU banks probably did not go down well with the markets or they expected more than just this. Either way Tuesday was really weak. The remaining three days saw the market alternating between gains and losses. Come Friday, there were again expectations of yet another press conference and markets gained with BSE SENSEX up 337 points and NIFTY up 96 points. The BSE SENSEX lost 351.02 points or 0.94 per cent to close at 36,981.77 points while NIFTY lost 77.05 points or 0.70 per cent to close at 10,946.20 points. The broader market saw BSE100, BSE200 and BSE500 lose 0.77 per cent, 0.76 per cent and 0.68 per cent, respectively. BSE MIDCAP was down 0.76 per cent while BSE SMALLCAP was up 0.48 per cent.

Chandrayaan-2 continues to orbit the moon and it appears it has the necessary fuel to do so for about seven years against the earlier one year talked about. The lander `Vikram" lost contact with the mother ship and space control when it was 2.1 km from the moon`s surface. While all efforts are being made to revive contact and find out what went wrong, the fact that India could do so in its maiden attempt is itself a super achievement and puts the country in the top super league of nations having such capability.

Incidentally even as this article is being written the lander has been located while contact is yet to be established. The day when we would have an Indian on the moon`s surface is certainly not far.

The government has announced the setting up of a task force that would identify infrastructure projects which are technically feasible and financially/economically viable and can be initiated in 2019-2020. The minimum size would be Rs 100 crore and the target is to achieve investment of Rs 1 lakh crore in such projects by 2024-2025. This would help India get closer to its target of becoming a five trillion economy by the end of 2024-2025. More importantly such a massive drive would also ensure consumption, demand and job opportunities. This would kick-start the economy and help revive demand in many sectors as well.

Auto sector is seeing one of its worst slowdowns in recent decades. Market men and industry watchers expect that GST would be cut to boost demand. The Finance Minister has made it quite clear that it is for the council to take a call on the same as GST affects states and centre both. It can only happen if the majority of members of the council agree. This could be a tough order simply because manufacturing of automobiles is confined to a handful of states while consumption is across all states.

Market will have plenty of news flow particularly its expectation of measures to revive the economy from the centre. First there would be expectation of a press conference, then the agenda of the conference concerning a particular sector or group of sectors and then the actual announcement. These expectations will keep the market on tenterhooks before the quarterly results for the period July to September start kicking in in four weeks` time. It would be important to see which sectors in general and companies in particular have been able to withstand natures fury of raining with a vengeance. We had a delayed monsoon and then large parts of the country had unprecedented floods.

Markets in the week ahead will hope that the US China trade talks take shape and result in some positive outcome. It`s now getting close to one year since the dispute began. The BSE SENSEX has good support at the low of 36,102.35 points made on 23rd of August, followed by a higher bottom at 36,409.54 points on 4th of September. Similar levels on NIFTY were at 10,637.15 points on August 24 and 10,746.35 points on 4th September. If these levels continue to hold in the next 10 days or so, we should be well on our way to recovery in the immediate term. Secondly, even if FPIs discontinue their selling spree things should be fine. So, we have three positive possibilities to look for in the coming weeks. Let`s hope for the best.