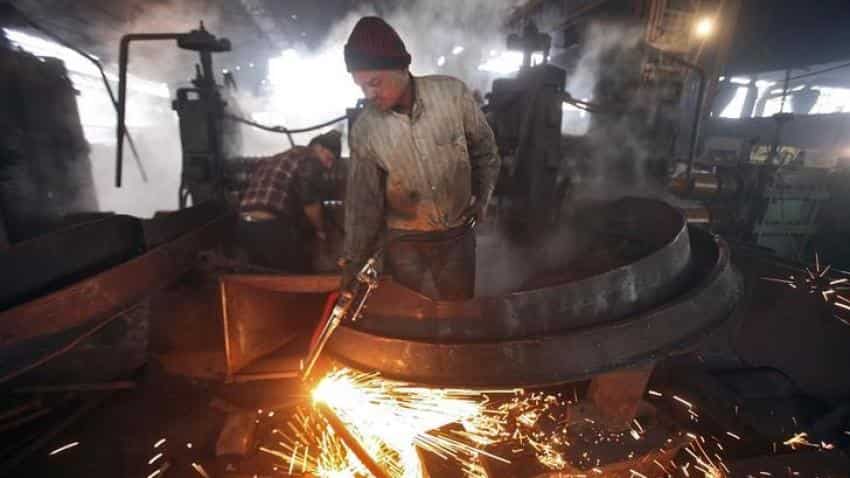 A worker cuts a steel rod inside a steel factory on the outskirts of Jammu. Image Source: Reuters
Written By: Reuters
RELATED NEWS

India`s Steel Ministry wants lower import taxes on a number of key steelmaking raw materials, including nickel, to protect the domestic industry from the rising costs of basic resources, a senior government official said on Tuesday.

Finance Minister Arun Jaitley could announce some of these measures when he presents his annual budget for the 2017/18 fiscal year on February 1.

The Finance Ministry could even scrap the current 5% import duty on nickel, largely used in stainless steel production, Aruna Sharma, the top civil servant at the steel ministry, told Reuters.

"Nickel is not present in India at all, so our argument is there is no point in having the customs import duty on it. There is a case to do away with it," Sharma said.

The ministry has also sounded out the government about lower dividend payouts by state-owned companies, including Steel Authority of India Ltd (SAIL), the biggest steel producer, due to their poor financial health, Sharma said.

India`s steel sector, which accounts for Rs 1,30,000 crore ($19.06 billion) of bad debt in the banking sector, is likely to get some relief from banks working on a proposal, Sharma said, without giving details.

"A formula has been worked out by the banking system. Now, it is between individual banks and companies engaged in the talks. This will help relieve the stress a little bit," she said.

Sharma ruled out an earlier proposal from banks that involved SAIL taking over the assets of a debt-laden company.

Also, the steel ministry has sought an allocation of about Rs 40 crore in the budget for the 2017/18 fiscal year, more than double than in the previous fiscal year.

"We need the modern, latest technology. And that`s why next year we`ll spend almost the entire budgetary allocation for research," Sharma said.

"Hyundai Steel is also looking at us, (for) investing here. We`ve told them that there will be a preference to manufacture in India," Sharma said alluding to Prime Minister Narendra Modi`s pledge to establish industries in India.

Last month Steel Minister Chaudhary Birender Singh told Reuters Japan and South Korea were keen to invest in India`s steel sector and their officials had already met with him.