Smog pollution: Over 66% of flights cancelled in December due to bad weather

Bad weather stemmed as the main reason for flight cancellations in the last month of the year. 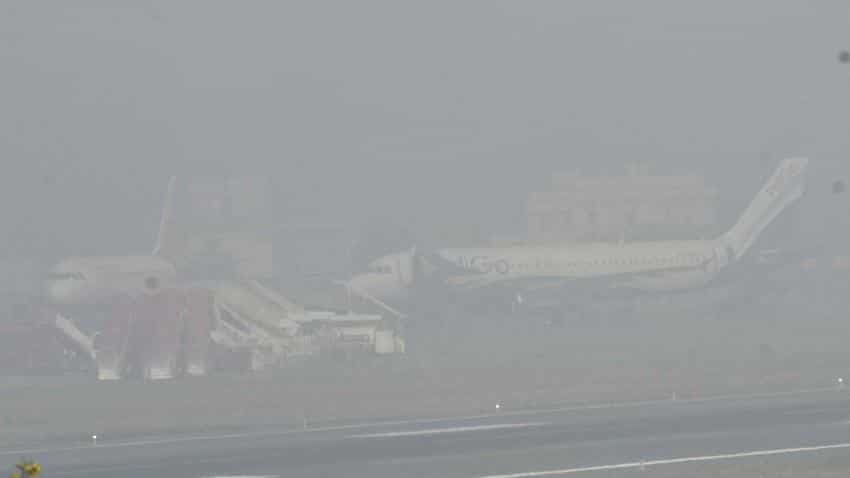 Representational image of planes getting ready for take off at an airport in India amidst pollution. Image Source: IANS
Written By: ZeeBiz WebTeam
RELATED NEWS

A total of 66.8% of flights were cancelled in December, reason being bad weather.

The month of December began with some unpredictable weather patterns. Storm and rain were witnessed along the west coast of India on account of Cyclone Ockhi.

India also witnessed a rise in the smog pollution during the month of December. This may have led to higher flight cancellations during the month, a report by DGCA pointed out on Tuesday.

In the midst of tourist and festive season domestic airlines carried 1.12 crore passengers.

The total number of passengers impacted on account of flight cancellations amounted to 18,366, as per DGCA data. Airlines paid a cumulative sum of Rs 63.43 lakh as compensation for hotel rooms and rescheduling flights to these passengers. 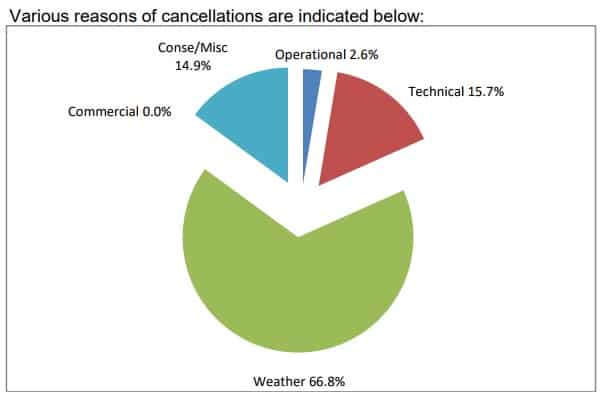 Sizeable number of delays were also witnessed by the airlines. The reason cited for this was ‘reactionary,’ which simply implied as late arrival of aircraft from another flight or previous sector.

As compensation they received Rs 1.84 crore from the airlines cumulatively. 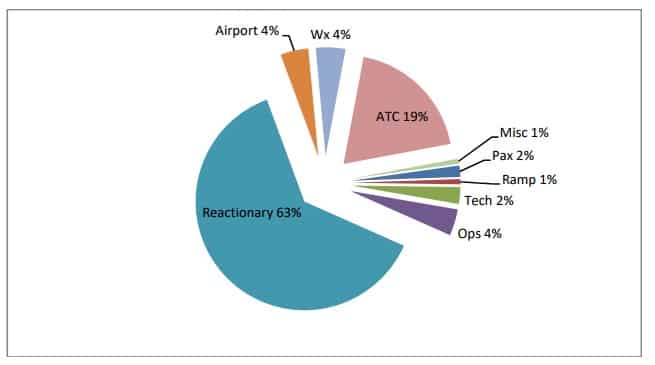 The smog in the national capital was so dense that a game between India and Sri Lanka was also interrupted in the first week of December, 2017. New Delhi’s air contained 22 times the level of hazardous particles that the World Health Organization considered acceptable.

The pollutant-measuring indicator — air quality index (AQI) — was recorded at 240 (poor) by mid-December, 2017.

Passenger load factor by airlines was almost the same as the previous month of November. 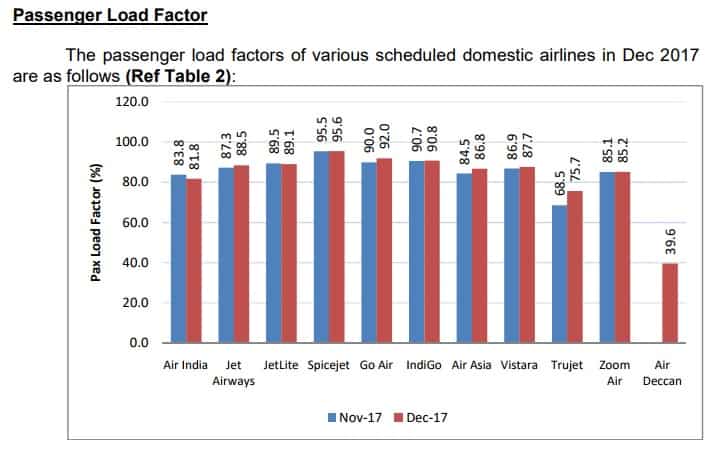