Shankar Sharma provided his incisive insight into a number of current issue including markets and economy and even banking scams. He made a big revelation and said that returns from smallcap stocks can hit amazing levels, even reach 40 pct. 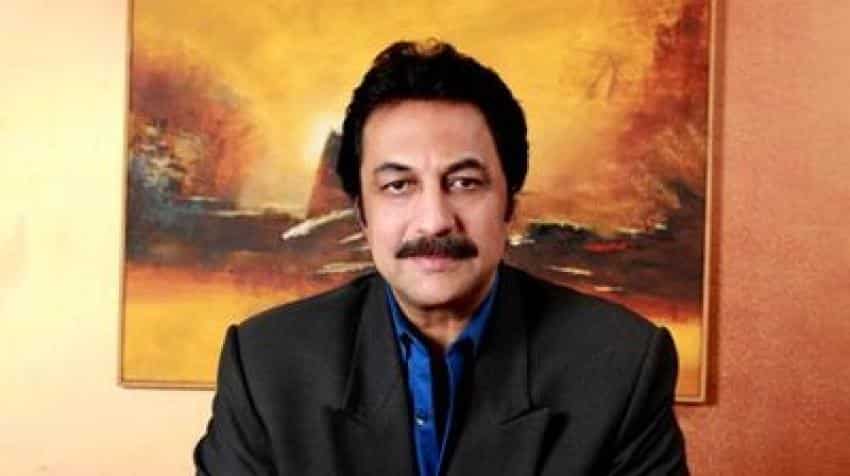 Shankar Sharma believes global tailwind will offset the macro weakness back home, but Sensex and Nifty will continue to underperform the global peers. Image source: Twitter

Shankar Sharma in an exclusive interaction with Zee Business today provided his incisive insight into a number of current issue including markets and economy and even banking scams. He made a big revelation and said that returns from smallcap stocks can hit amazing levels, even reach 40 pct. Here are edited excerpts from an interaction with Shankar Sharma:

All macroeconomic parameters such as inflation, interest rates, and current account deficit (CAD) etc improved in the past on a single factor i.e. the southward movement of oil prices.  This factor looks set to turn negative, going ahead. If this happens, it will hit all the good parameters.  Inflation may go higher; Current Account Deficit and fiscal deficit may also widen. Even at the lower oil prices, government has not been able to reduce the oil prices. If the prices shoot up, it will not have enough room to hike the domestic oil prices given the political compulsion. That said, India's macroeconomic situation will deteriorate in the next 12 months.

Global tailwind will offset the macro weakness back home, but Sensex and Nifty will continue to underperform the global peers. This doesn’t mean a bear phase will start. What I mean to say is if global markets will return 10 per cent, India may just rally 7 per cent to 8 per cent. However, smallcap index will beat global benchmark too. For me, smallcaps are the best equity class in the world, unbeaten by any other benchmark.

Scams in banking sector are common. These should not happen, but it should not worry us beyond a point. Scams, over-trading, over-leveraging have happened globally too. Banks are strong institutions. We should not break their confidence by putting unnecessary pressure. If the trust factor is gone, no banks will offer loans to anybody. Money is the lubricant that moves the wheels of industry. We can’t end up being a credit card economy. Private players, of course, won’t offer loans to infra-related companies. For me, privatisation of public sector banks is the worst idea ever. India needs capital. Privatisation could not be a solution. Policing them and empowering them is required but selling those to private players at a fraction of price is unacceptable.

General elections are 8-10 months away. Markets may react one month prior to elections, when the poll results come out, but in staying away from the markets on account of political uncertainty is premature.

Trade war is a worrisome issue. I hope it doesn't escalate into full-scale protectionism by all countries. But these are high-level decisions. Anything can happen because US president Donald Trump has his own logic. If these are fully implemented, there will be a problem on growth and trade without any doubt. Let's hope we don't go that far.

Three rate hikes look plausible in 2018; fourth could also be on cards. Hats off to US govt and US Fed. They handled the situation methodically. No bigger scam than subprime crisis has ever happened until now. But no institution was killed, no large-scale witch-hunt or prosecution was seen. There were no confidence-shattering moves. Key thing is to preserve confidence in the financial system. The confidence and trust between lenders and borrowers should not be broken. We should learn a lesson from them.

Shankar Sharma: India's macros to deteriorate over next 12 months