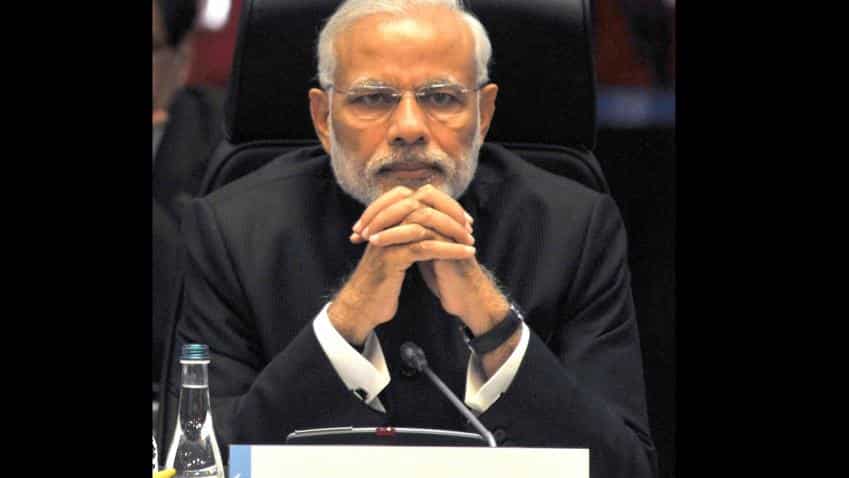 The GST legislation which if approved by the Rajya Sabha, will bring about a uniform taxation system in the country. Photo: ZeeBiz Webdesk
RELATED NEWS

The crucial Goods & Services Bill (GST) may finally be in the final stages of being approved by the Rajya Sabha where it has been stuck for over an year. The Centre doesn't have a majority in the Upper House and has been appealing to the parties to come on board before the current Monsoon Session of the Parliament is out.

If the Bill is adopted by the Rajya Sabha in this session, then the government has set April 1, 2017 as the implementation date. However, a report by Motiwal Oswal says that if GST is implemented then services may get expensive.

All-party meetings held by the government before and during the on-going Parliamentary session, with the Finance Minister urging them to come on board, seems to have helped.

As it stands now, it seems like nearly all the parties are on board and the Upper House may take it up for consideration on August 3.

The GST legislation which if approved by the Rajya Sabha, will bring about a uniform taxation system in the country, touted as the biggest tax reform in India since 1947.

This bill seeks to amend the constitution, and if introduced, will subsume indirect taxes like the service tax, value added tax, levied by the state and central governments and levy dual GST, i.e. GST will be levied by both, the Central and State governments.

Even VAT, Sales tax, entertainment tax, luxury tax, taxes on lottery, betting and gambling, State Cesses and Surcharges relating to goods and services, Entry tax not in lieu of Octroi, the post said.

However, direct taxes like income tax, corporate tax, and capital gains tax will not be affected by GST, the GSTIndia portal said in a post.

Taxes like purchase tax, customs duty, anti-dumping duty, taxes on alcohol, petroleum products, and export duty are also proposed to be kept out of the purview of GST.

According to the Motiwal Oswal report by analysts Sandeep Gupta, Nikhil Gupta, Somil Shah and Mehul Parikh, "retailers currently incur 10-15% of their operating expenditure toward rent and infrastructure service, on which a service tax is levied.

This tax levied on service providers is borne by the customers as the cost is passed onto them.

According to the report, services will end up becoming more expensive if the rate moves to 18% after GST is implemented, which will be an additional cost for all households.

A cap on GST at 18% and included in the Constitution is one of the main pain-points of the government with the Opposition. Currently the government maintains that the GST rate would only be decided when the law is enacted, but the "wording" for it has been "worked out", Amit Mitra, West Bengal's finance minister who also heads the Empowered Committee said, after a meeting with Arun Jaitley.

If the GST rate is set at 18%, services including, trips to the beauty parlour, telephones, restaurants, cinemas, air travel, insurance, DTH, credit and debit cards, courier, healthcare, banking and professional consultancies will get dearer.

"Services constitute a larger share in the consumption basket in Consumer Pric Index-based inflation and Indian consumers are likely to feel the pinch of higher prices of services after GST is implemented, the report said.