GST, a broad-based tax, that seeks to convert all 29 states into a single market with a indirect taxation system, will need certain constitutional amendments to remove the state boundaries and the multiplicity of taxes to create a single national taxation system. 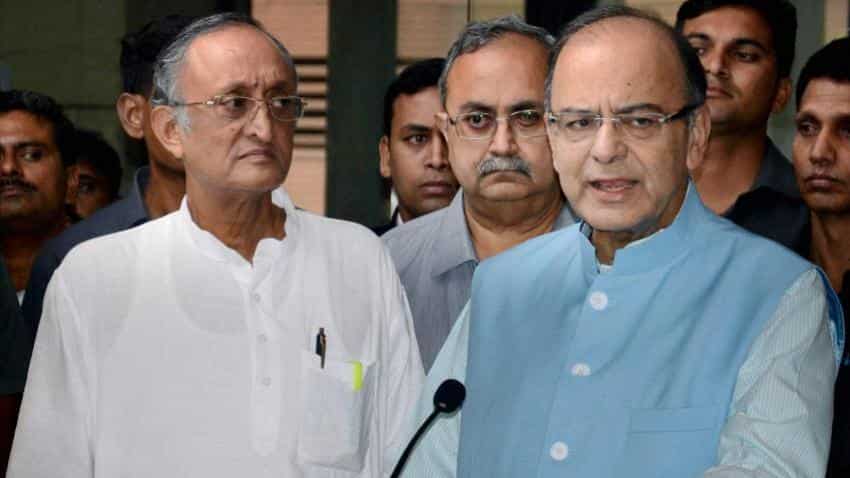 The government is hopeful that the crucial GST bill will get a nod from the Upper House in the coming week. Photo: PTI
RELATED NEWS

All eyes are on India’s biggest tax reform. The Goods and Services Bill (GST Bill) which was passed by the Lok Sabha in May last year but is awaiting approval from the Rajya Sabha where the ruling party doesn't have majority.

The government is hopeful that the crucial GST bill will get a nod from the Upper House in the coming week before the Monsoon Session of the Parliament is over.

GST, a broad-based tax, that seeks to convert all 29 states into a single market with a indirect taxation system, will need certain constitutional amendments to remove the state boundaries and the multiplicity of taxes to create a single national taxation system.

India ranks 157 amongst 189 countries under the category of "paying taxes", reflecting the inherent inefficiencies in the system, a report dated July 25 by Morgan Stanley analysts -- Chetan Ahya, Upasana Chachra and Gaura Sengupta stated.

GST's consumption-based tax model, which means the tax is passed on to the destination where the consumption happens, is being touted as a game changer that will create a comprehensive tax system for India.

According to the Morgan Stanley report, four of the ten sectors evaluated by the analysts stand to benefit from the implementation of GST, the report added.

On the other hand, oil & gas could and the cigarette industry could anticipate a negative impact while the rest could expect a neutral impact of GST, the report said.

In a report by Motilal Oswal, analysts Sandeep Gupta, Nikhil Gupta, Somil Shah, and Mehul Parikh, also made note of the sectors within the country that will be poised for positive winds because of GST implementation.

The report said that because of lower effective tax rates, there will be a positive bearing on demand and margins.

“Our analysis (based on assumption the standard rate of GST at 18%) suggests that automobile, consumers, logistics, multiplex, light electrical, media, cement sectors, are likely to be positively impacted,” the report said.

Increase in growth and production: According to the Morgan Stanley report, overall impact of better allocation of resources, improving efficiency of domestic production and exports, is likely to improve overall growth.

“As per estimates from the National Council of Applied Economic Research (NCAER), growth could increase by 0.9% to 1.7%," it said.

According to a report by the a panel led by the Chief Economic Advisor, Arvind Subramanian, titled 'Report on the Revenue Neutral Rate and Structure of Rates for the Goods & Service Tax', boost to growth is expected to come from making investments more attractive (input tax credit on capital goods under GST).

The report estimates that GDP growth could see a minimum boost of 0.5%,” the Morgan Stanley report said. .

Inflation: The overall impact of GST implementation on inflation is likely to be negligible.

The CEA-led panel report said, a revenue-neutral rate (RNR) of 15% with a low rate of 12% and standard rate of 18% would have a negligible inflation impact, according to Morgan Stanley.

A study conducted by Motilal Oswal analysts said, “While the analysis may not hold in strict sense because of the differential tax structure in the pre-GST regime and different domestic structure, it is important to note that three of the four economies studied (Australia, Canada, Singapore and New Zealand) here witnessed a fall in Consumer Price Index (CPI)-based inflation.”

Impact on public finances: The objective of the government will be to set a comprehensive GST rate which is revenue-neutral, the report said.

However, given that the GST is expected to simplify administration, encourage compliance through built-in incentive of input tax credit, there is a realistic chance of revenues surprising on the upside.

The analysts at Morgan Stanley looked at the Malaysian economy which implemented the GST structure in 2015.

As things look now, the GST Bill is likely to be taken up for consideration in the Rajya Sabha on Tuesday now that most of the parties are on board. Once, and if, passed by the Upper House in the ongoing monsoon session of the Parliament, the GST Bill will be sent back to the Lok Sabha for approval.