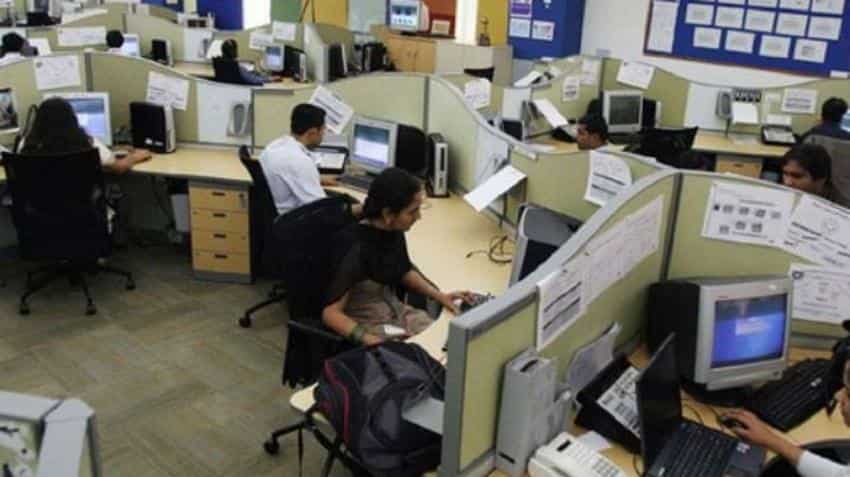 The Indian services sector contracted in February and fell to a six-month low, as new work orders suffered amid weak underlying demand conditions, says a monthly survey. The seasonally adjusted Nikkei India Services Business Activity Index fell from 51.7 in January to 47.8 in February, its lowest level since August. The index slipped below the 50-point mark, that separates expansion from contraction, for the first time in three months. According to panellists, poor underlying demand conditions weighed on activity.

"Both activity and new work declined for the first time since November, with rates of contraction the strongest since August, thereby ending the recent recovery experienced by India's service sector," said Aashna Dodhia, Economist at IHS Markit, and author of the report. However, firms remained confident towards output growth over the next 12-months as jobs growth quickened to the joint-fastest since June 2011.

"Firms seem to believe that the decline is transitory as they raised their staffing levels at the joint-fastest pace since June 2011, in line with positive projections of activity growth," Dodhia said.

Despite unfavourable demand conditions, service providers raised their staffing levels during February. Furthermore, job-creation accelerated to the joint-strongest since June 2011.

Meanwhile, the seasonally adjusted Nikkei India Composite PMI Output Index, that maps both the manufacturing as well as services industry fell from 52.5 in January to 49.7 in February, as the fall in service sector activity outweighed an upturn in manufacturing production.

On the price front, input cost inflation accelerated to the strongest since November, while charges were raised to the greatest extent since July.

"Meanwhile, an imminent risk to firms' margins are greater fuel prices, which materialised into the fastest input cost inflation in the overall economy (manufacturing and services) since July 2014," Dodhia said.