Milap Zaveri directorial film hit the screen on Independence Day along with Akshay Kumar's Gold. Satyamev Jayate is a thriller drama which has been directed by Zaveri and co-produced by Bhushan Kumar Krishan Kumar, Monisha Advani, Madhu Bhojwani and Nikkhil Advani respectively. 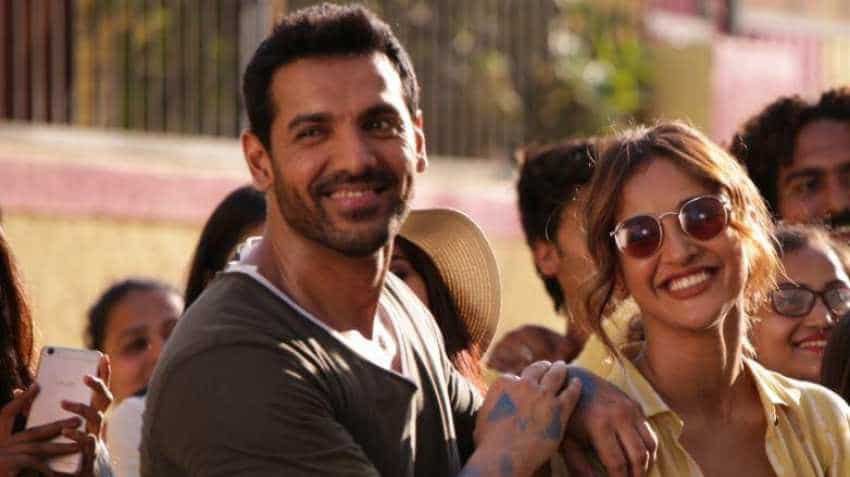 The John Abraham starrer Satyameva Jayate earned a total Rs 28.44 crore from the box office in the last two days. Trade analyst Taran Adarsh wrote, “#SatyamevaJayate saw a big dip on Day 2… Expected to show an upward trend today [Day 3]… Single screens/mass belt remains strong… Wed 20.52 cr, Thu 7.92 cr. Total: ₹ 28.44 cr. India biz.” However, in what is seen as a big achievement, Satyamev Jayate collection was just short of what Akshay Kumar starrer earned on day 2, which was Rs 8 cr! That means the weekend face-off between the 2 movies would be interesting to see. Significantly, word of mouth boost of both movies is strong at the moment.

Taran Adarsh also added, “If #Gold and #SatyamevaJayate manage to cement their status by recording solid numbers over the next few days, an impressive lifetime total will be on the cards… It’s a wait and watch situation right now.”

While commenting on the drop in the collection on the very second day Adarsh said "After a big holiday [#IndependenceDay] on Wed, it was the regular working day on Thu... #Gold and #SatyamevaJayate took a hit on Day 2, since biz, generally, witnesses a decline after a holiday... Growth in biz is most crucial at this stage [Fri to Sun]..."

The analyst further tweeted, "A *5-day extended opening weekend* is a rarity... If #Gold and #SatyamevaJayate manage to cement their status by recording solid numbers over the next few days, an impressive lifetime total will be on the cards... It's a wait and watch situation right now."

Satyameva Jayate total is expected to include an entry into the Rs 100 cr club and thereafter, both movies would be looking to add much more to the total tally. Clearly, John Abraham has struck gold with his latest release and has proved that he is still a big draw at the BO.