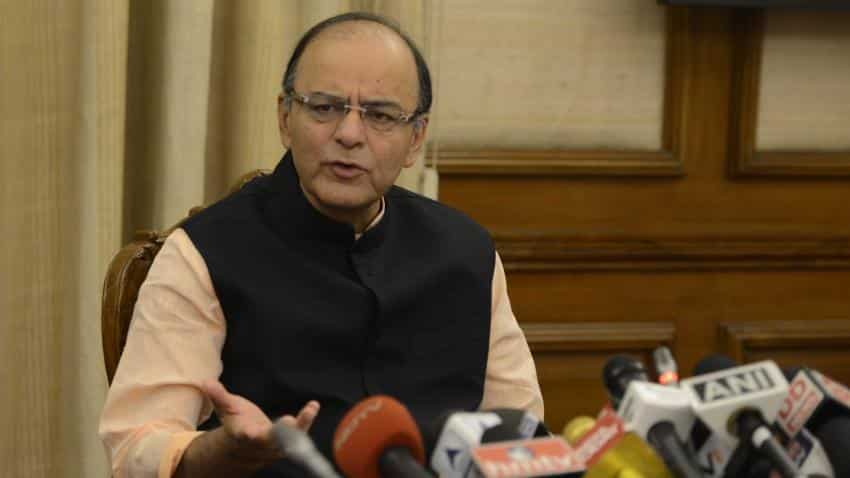 The government's strategy is to move to a low cash economy. Photo: IANS

Finance Minister Arun Jaitley on Tuesday assured that the Reserve Bank of India will inject significant amount of currency in three weeks to bring the pressure down.

Jaitley, who was addressing media, said that the move to ban high denomination currency will bring down cost of capital and it will "overhaul" the country's economy.

"As more and more new currency comes into circulation, the recirculation itself in the banking system & ATMs will make more currency available," Jaitley said.

Hitting back at opposition party, Jaitley said, "Congress did not take a single step against corruption or black money in 10 years. Corruption, scams peaked during UPA, given its scandalous record, not surprising Congress uncomfortable with NDA campaign".

Jaitley's reply came in after former Finance Minister P Chidambaram demanded a Special Investigating Team to probe, how some individuals manage to get bundles of crores of rupees of new Rs 2000 currency notes while the masses struggle to withdraw their money.

Commenting on Congress party's poor regime, Jaitley said, "As far as corruption scandals were concerned, it peaked during that period. So from 2G scandal to coal block , CWG, VVIP helicopter Agusta Westland deal, each of the scandals, which is even today discussed in public space, belongs to that period".

Moreover, Jaitley said, in 2004-14, the high denomination currency increased to 80% from 36% of total currency and the government's strategy is to move to a low cash economy.

"We are ready for debate on demonetisation in Parliament; rise above slogans and see advantage," Jaitley added.

Earlier today, calling the whole demonetisation move a "scam", Chidambaram had said "Every bank is saying `no cash`. So how does the government says there is cash? This is why Manmohan Singh said its a monumental mismanagement."

Talking about how demonetisation step will recover the steps, he said, "It has to be accounted for where taxes have not been paid, which will now be recovered. Future transaction would be substantially digital and once they are substantially digital, they would come in the tax net. Therefore, the future taxation level would be much higher than what is currently being collected. This would also enable the Government at some stage to make taxes more reasonable which will apply to both direct and indirect taxes."