Prabhu was here to take part in the Tamil Nadu Business Leaders Conference organised by CII. 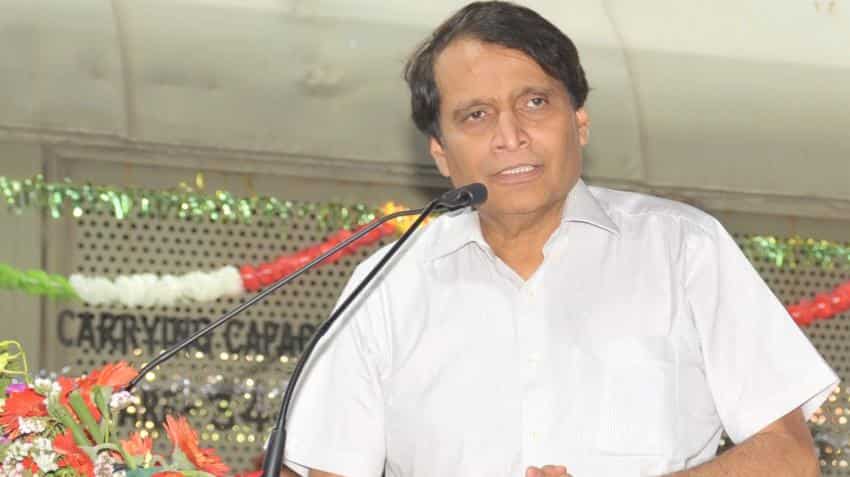 He said, the Ministry has undertaken a vision plan for Railways 2030. Photo: IANS
Written By: PTI
RELATED NEWS

Discussions by the Railway Ministry with top six global companies for the launch of very high speed trains in India that can travel at a speed of 600kms per hour was in the advanced stage, Railway Minister Suresh Prabhu said on Saturday.

"We called for six top global companies who have technology that can travel beyond the 350km/hour speed. These trains can travel upto 600kms/hr speed. We called them and we told them that we will develop with you", he told reporters on the sidelines of a conference here.

"Six companies have come forward and the talks are in advanced stages". If they could manufacture such high speed trains, the county would also be able to export it, he said.

Prabhu was here to take part in the Tamil Nadu Business Leaders Conference organised by CII.

To a query on the timeframe for the launch of such high trains, Prabhu said "it may happen in 10 years. These are new areas which we are working on". On the launch speed trains, he said "Japanese companies are investing almost Rs one lakh crore into high speed railways."

On the investments taken up by his Ministry, he said, "including the Rs 8.50 lakh crore proposed to be invested, we are investing an additional amount of Rs 85,000 crore for dedicated freight corridor project. We expect that to be completed in 2019. In the last two years, contracts has been issued, tenders have been finalised", he said.

On developing the railway network in the country, he said, the Ministry has undertaken a vision plan for Railways 2030.

"For the first time we are preparing a strategic plan to invest and decide on how railway network should be developed.", he said.