Railway Ministry eyes to save Rs 41,000 crore on electricity bills by 2027: Prabhu

Prabhu said after taking over as Railway minister he had stressed that expenses on energy should come down by 15% and they are working on the same. 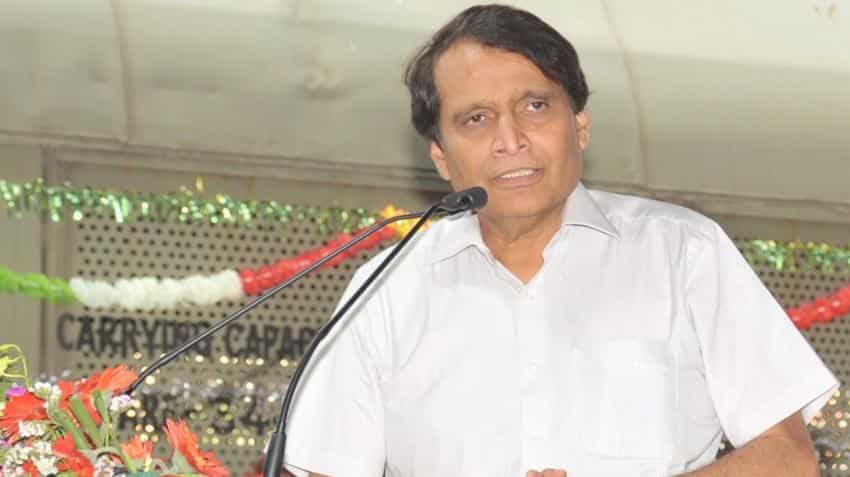 Railway Minister Suresh Prabhu on Saturday said that his ministry has drawn up a mission to save Rs 41,000 crore on electricity energy bills by 2027 by betting big on solar energy, even as it expects to mop-up Rs 17,000 crore through non-fare revenue modes.

Addressing a gathering after commissioning various rail infra developmental works on South Central Railway (SCR) from Hi-Tech city railway station here, he said his Ministry has drawn up 'Mission 41K' to save Rs 41,000 crore on the expenditure on energy consumption over the next 10 years.

Prabhu said after taking over as Railway minister he had stressed that expenses on energy should come down by 15% and they are working on the same.

"So far we have been successful in saving over Rs 4,000 crore expenditure on power bills in Railways. One of the strategies is to go for solar power and generate 1000 MW of solar power in the next five years. In addition, we have already started production of 26 MW in wind energy. We are also working on converting waste to energy and commissioned two such projects," he explained.

"We will go for solar power all over India and out of this, 500 MW will be produced by installing solar by installing solar panels on rooftops of railway buildings and another 500 MW through land based. So, traction power and non-traction power both will benefit from solar power and as well as reducing cost of energy and this will be a significant improvement in Railways," the Minister added.

Prabhu said he has already directed railway officials across the country to restore water bodies on railway lands as ground water is depleting. This will not only help in saving money for Railways but will also ensure proper supply of water and benefit everybody.

Another campaign has been launched all over India to plant five crore saplings over the next five years and already 1.5 crore saplings have been planted involving state governments.

He said the Ministry is making Rs 8.5 lakh crore investment by raising the amount. "That problem of Railways of having no money has been solved now and we have completely bankable projects available."

Prabhu further said he has convened a round table meet of sovereign and pension funds from all over the world next week in Delhi to find out more opportunities of raising money at lower rate though, we are now raising on low rates.

He said the Ministry's focus is on completion of existing projects. "Railway is a national asset and we need several stake holders to participate and state governments should have joint ventures with Railways to implement more projects."

Later, addressing a Confederation of Indian Industry (CII) conference, Prabhu said the Centre has plans to invest about USD 142 billion in Railways over the next five years.

"When the Prime Minister (Narendra Modi) talks about developed India in the next few years time, it is all do-able and for that we are laying the foundation stones today. We plan to invest USD 142 billion for Railways in the next five years. We have already put Rs 3.50 lakh crore during the past two-and-half years for the Railways," he said.

He said 16% of the railway network in the country handles 60% of the total traffic requiring more investments in those routes.

The Minister said the railways is in the process of having tie-ups with several state governments for creating rail infrastructure. According to Prabhu, if the state grow at 10% annually then the country's GDP growth will also grow at 10%.