Budget 2019: The Indian Railways may attract significant attention of the government ahead of crucial Lok Sabha election soon. 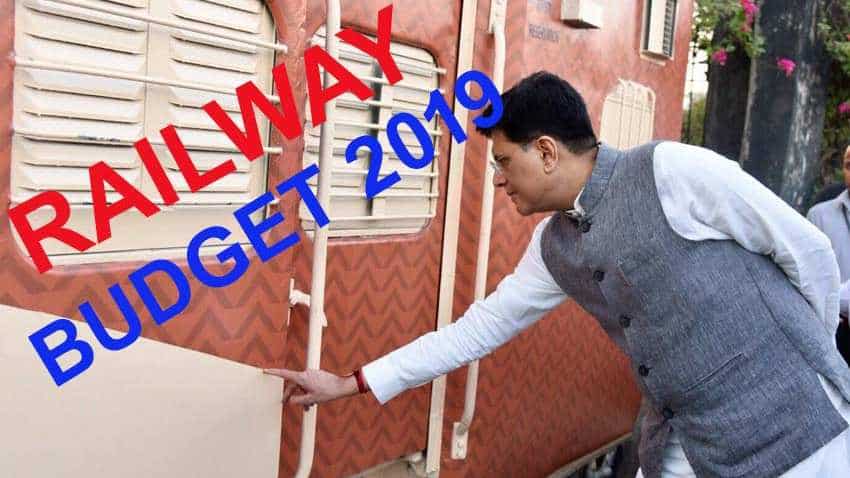 Budget 2019 may chalk out the plan to eliminate the need of waitlisted tickets in Indian Railways.

Railway Budget 2019: Indian Railways has been one of the priorities of the Narendra Modi government. In the last five years, the public transporter has undergone several path-breaking reforms. Due to its mass reach and connect with the 'aam aadmi', the Indian Railways may attract significant attention of the government ahead of crucial Lok Sabha elections, which are just a few months ahead. Three top factors could well be the focus of Railway Budget 2019 - Safer, Faster and Better. Notably, the Railway Minister Piyush Goyal has also said that there is a rising demand for better quality, safer, more comfortable, efficient, reliable and cheap transport and only the Indian Railways can provide that. Therefore, the focus may be on improving facilities rather than announcing new trains.

Railway Budget 2019: Safer rail
The finance ministry may allocate a higher funds to Indian Railways prioritising rail safety. In the last few years, Railways has worked on many key safety aspects. Some of them are replacing the old tracks, elimination of unmanned level crossings, and construction of foot over bridges as well as underpasses. Now, the Indian Railways priority will be erecting fences beside the railway tracks at sensitive places and improvement in the signalling system.

Also, sources have said that induction of Protection Warning System for trains may be announced in the Budget 2019. On the other hand, GPS train tracking system may also get a priority as it will provide the railways with the real-time status of the trains. Purchase of some advance technologies and high-end machines may also get announced.

Railway Budget 2019: Faster rail
Again, a faster rail has been at the heart of reforms undertaken by the Indian Railways. From Tejas to Gatimaan to aerodynamic WAP 5 engine and induction of 12,000 HP Alston WAG 12 for freight trains and now Vande Bharat Train 18 Express, the Indian Railways has successfully sped up its offerings. With high-speed bullet project already under construction, the railways will now aim to run more semi-high speed trains on various routes. The Indian Railways has already asked the Integral Coach Factory to manufacture more Train 18 sets. Therefore, the budget may have an announcement for running Vande Bharat express on more routes. Also, the Train 20 which is expected to replace the Rajdhani Express, may get a place in the Railway Budget 2019.

The Indian Railways has also electrified 4,000 km track last year and aims to electrify 6000 km this year. This will also boost the speed of trains.

Railway Budget 2019: Better rail
This is one of the key focus of the public transporter and may get prominent space in the Budget 2019. It is expected that the finance minister may announce many passenger-friendly initiatives by proposing to boost railway infrastructures. More lifts, escalators, free WiFi, and splurging waiting rooms may be on cards to offer passenger friendly railway stations.

Also, the Budget 2019 may chalk out the plan to eliminate the need of waitlisted tickets in Indian Railways. Former rail minister Suresh Prabhu had also envisioned this.

Google Pixel 7, Pixel 7 Pro launch: How to watch LIVE streaming and what to expect