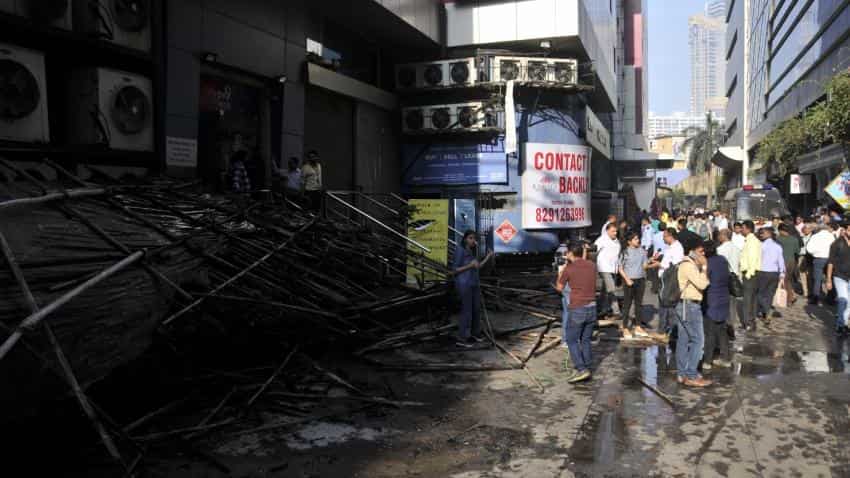 Kamala Mill Compound, where a major fire broke out in a pub killing 14 persons including 11 women, and injuring 23 others in Mumbai on Dec 29, 2017. Photo: IANS
Written By: PTI
RELATED NEWS

The Mumbai civic administration has cracked down on restaurants and started razing unauthorised constructions, in the wake of a fire at a rooftop pub in central Mumbai's Lower Parel which snuffed out 14 lives.

A BMC official confirmed that they have pulled down "illegal roofs" of two restaurants-'Skyview Caf' and 'Social' in Kamala Mills and encroachments of 'Pranay' and 'Fumes' and 'Sheesha Sky Lounge' at Raghuvanshi Mills in the same locality.

Action was also taken against some restaurants in Andheri, the official said.

"We have already formed several teams and are collecting information about the hotels and restaurants, after getting complaints of unauthorised constructions by them. Several ward officers are also carrying out inspection and razing such illegal structures," BMC spokesperson Ram Dotonde said.

The inferno at '1 Above' rooftop pub in Lower Parel in the early hours of Friday brought back memories of the fire that broke out in City Kinara restaurant in Kurla in October, 2015 in which eight people were killed.