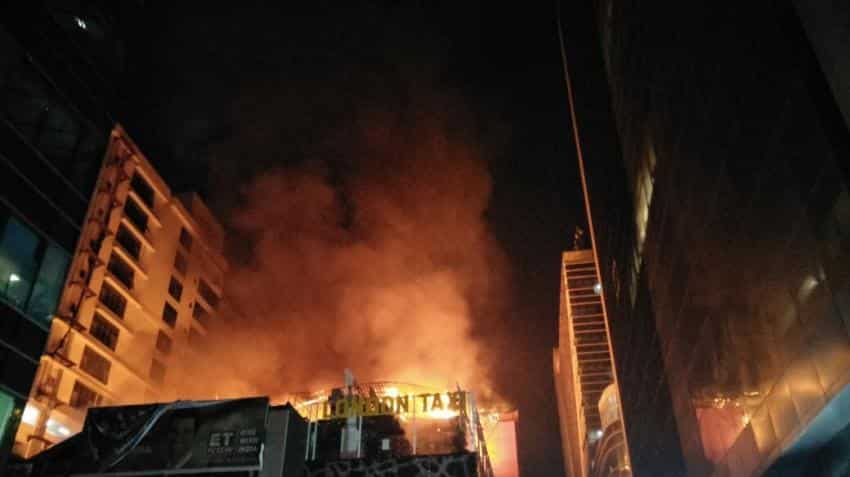 The police have issued lookout notices against the two co-owners of the rooftop pub in Lower Parel area, where 14 people lost their lives in a fire that erupted during a birthday bash.

Police said they were in the process of issuing lookout notices against the other accused.

A senior police official said lookout notices have been issued against Hitesh Sanghvi and Jigar Sanghvi, the co-owners of '1 Above' pub, which is run by C Grade Hospitality.

The massive fire had swept through the plush rooftop pub in downtown Mumbai during a birthday bash before swiftly raging through the building, leaving 14 people dead and 21 injured.

Among those killed was Khushbu Bansali, the woman who was celebrating her 29th birthday at "1 Above" pub in upscale Parel's Kamala Mill compound, and several of her friends.

While some escaped to safety, for others, the way was blocked by fire and smoke. Many panicked patrons locked themselves up in the washroom of the restaurant to escape the blaze. Most of the victims, including 11 women, died due to suffocation.

The pub had yesterday claimed that it had all the necessary approvals and safety norms in place. It had blamed Mojo's Bistro on the floor below for not having an emergency exit, leading to overcrowding of 1 Above's escape avenues.

Blaming an adjoining property for the devastating fire, the '1 Above' management had said, "According to our staff, the fire began to emanate from the adjacent quarters to our premises." However, it did not name the property from where the fire started.