Pro Kabaddi League 2019: Who is Rishank Devadiga and how much he was sold for in PKL 7?

Pro Kabaddi 2019 League: Rishank Devadiga will be available for 7th consecutive season, informed UP Yoddha his official team for the season. 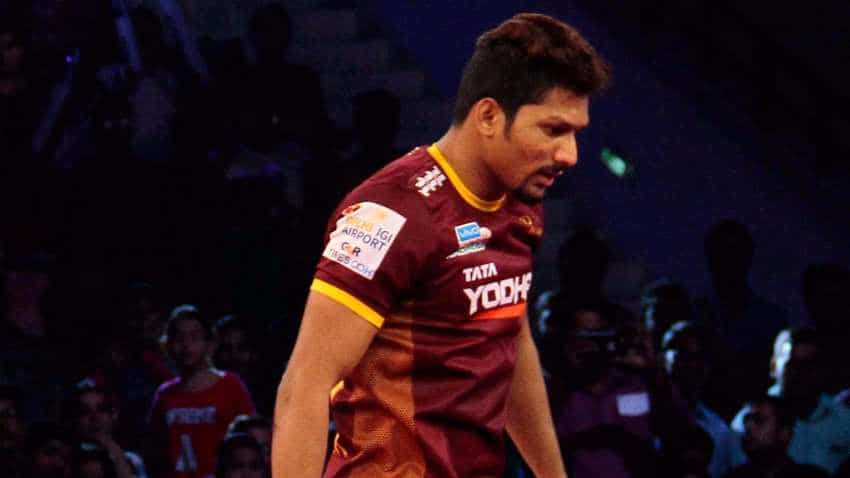 Pro Kabaddi League 2019: The otherwise disappointing campaign of the UP Yoddhas got a major boost on Wednesday evening with the return of their star raider and former captain Rishank Devadiga. The Yodhhas were sitting at the bottom of the PKL points table before the start of the match, losing both their matches in the tournament so far. The team was lacking an experienced campaigner on the mat as their points difference before the start of game was minus 56.

However, Rishank, who had missed the first two matches with an injury marshalled the troops really well, holding the defence together in crucial situations. Even though the former UP captain failed to get too many raid points, he was excellent every time the opposition was on raid. Rishank's impressive performance led UP Yodhha to a 27-23 win against the U Mumba.

Rishank was appointed as the captain of UP Yoddha last season and had led the side to Qualified 2 stage. But, his individual performance wasn't that impressive as the raider managed just 104 points from 23 matches. This saw a 45.04 per cent decline in his value. This season, Rishank was sold for Rs 61 lakh, way less than Rs 1.11 crore, the same side had paid for him a year ago.

He was also replaced as the captain of the team by Nitesh Kumar who made history last season by becoming the first defender to score 100 points in a single Pro Kabaddi League season. In fact, Nitesh is now one of the youngest captains in PKL history.

The UP side features some other star players as well including all-rounder Monu Goyat who had become the most expensive player in the PKL history last year. Monu returned 164 points from 20 matches for Haryana Steelers and was bought for Rs 93 lakh by UP Yoddha. Last year, he had received the highest bid of Rs 1.51 crore.