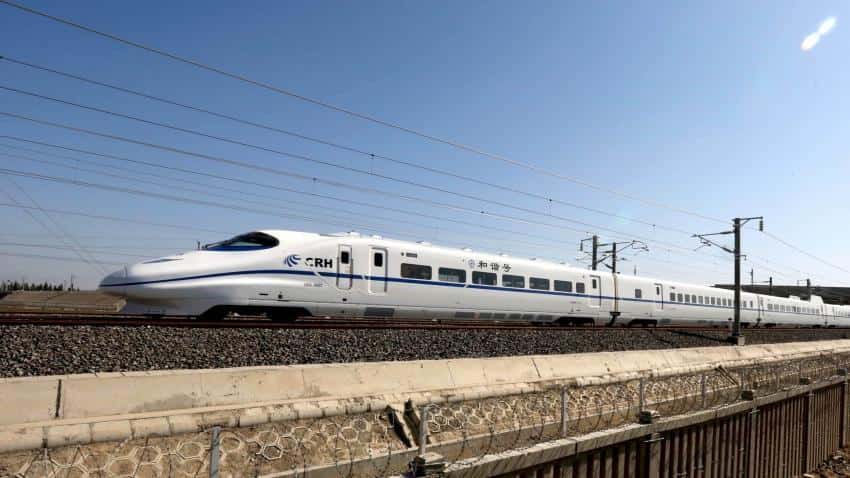 1. PM Narendra Modi and Japan's PM Shinzo Abe will together lay the foundation stone for the bullet train project in September

3. Mumbai-Ahmedabad bullet train will have speed of 320 km per hour

The construction of India's first bullet train project between Mumbai to Ahmedabad will begin from September this year, Business Today reported.

Prime minister Narendra Modi and Japan's prime minister Shinzo Abe will together lay the foundation stone for the project during the latter's visit to India in September, the report said quoting Railway Board member traffic Mohd Jamshed, as saying.

Speaking at the summit in New Delhi, Jamshed said the construction work would continue for another five years and mentioned that the government was committed to complete the project by the end of 2022, the report said.

He further said that India's bullet train, at the speed of 320 km per hour, will match the speed of the leading highspeed train systems across the world.

A 508-km stretch of the project will be entirely elevated that will save railways' hassles of legal and environmental delays, owing to land acquisition, cited Jamshed.

Railway Minister Suresh Prabhu in a debate in the Lok Sabha in May last year, had said the government had managed to secure a soft loan of Rs 1 lakh crore from Japan at a mere 0.1% interest, according to earlier IANS report.

"The technology to be used for bullet trains will help improve the services of normal trains and the integration of signalling system," Prabhu had said.