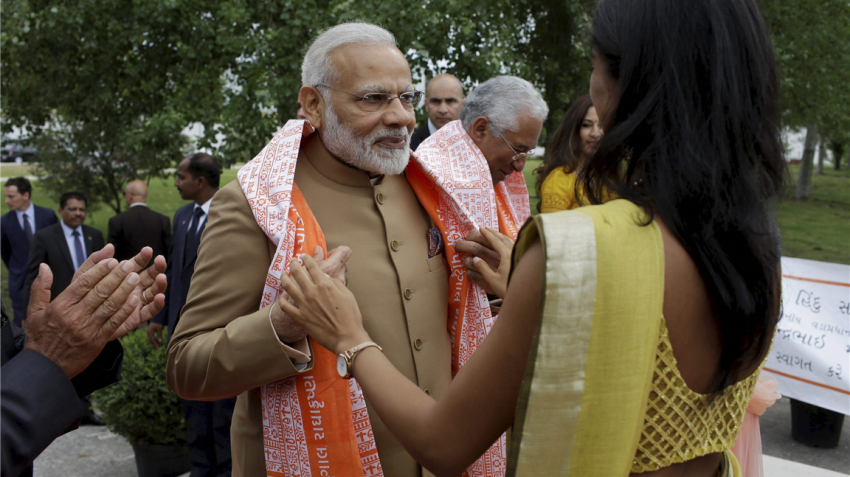 Prime Minister Narendra Modi was today greeted by a group of people from the Indian community who were waiting for him outside a high-security hotel here where he is staying.

Modi arrived in the American capital today for his first bilateral meeting with US President Donald Trump.

A small group of people from the Indian community were waiting outside Willard InterContinental to catch a glimpse of the Indian prime minister.

As Modi's motorcade arrived at the hotel, he got out of his vehicle and walked up to the group of people, waving his hand.

The Indian community members burst into loud cheers and chanted "Modi-Modi" as Modi walked up to them. 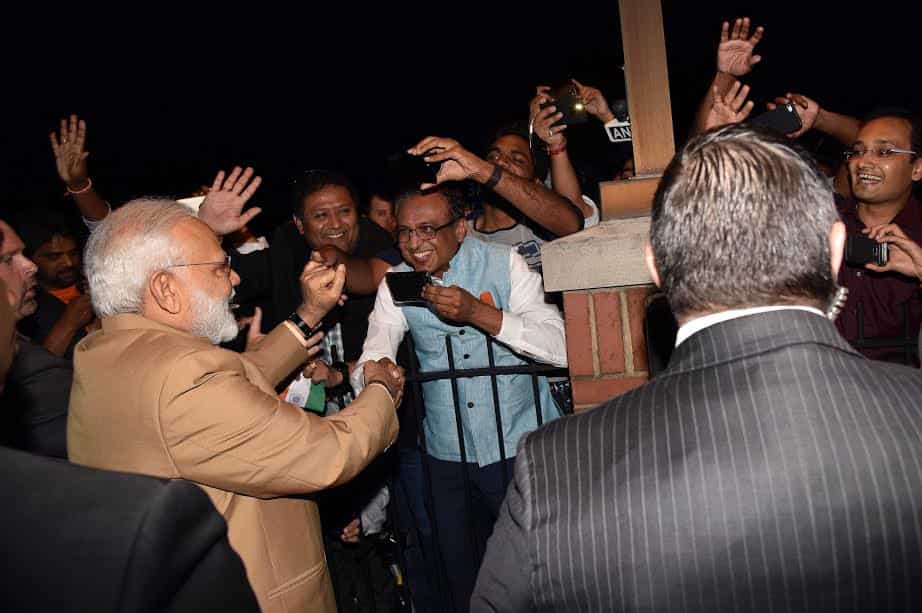 During his three-day visit, Prime Minister Modi will also interact with about 20 leading American CEOs followed by an Indian-American community event in Washington DC suburb of Virginia. 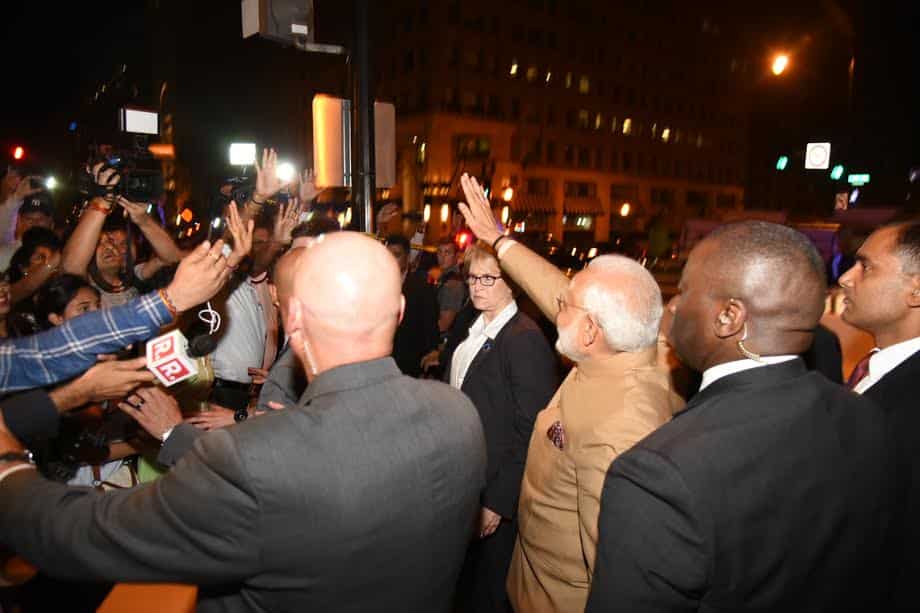 The programme is likely to be attended by about 600 members of the community.

Trump will host Modi at the White House tomorrow afternoon and the two leaders would spend about five hours together in various settings beginning with their bilateral discussion, delegation level talks, a reception and a working dinner, the first of its kind hosted by this administration.