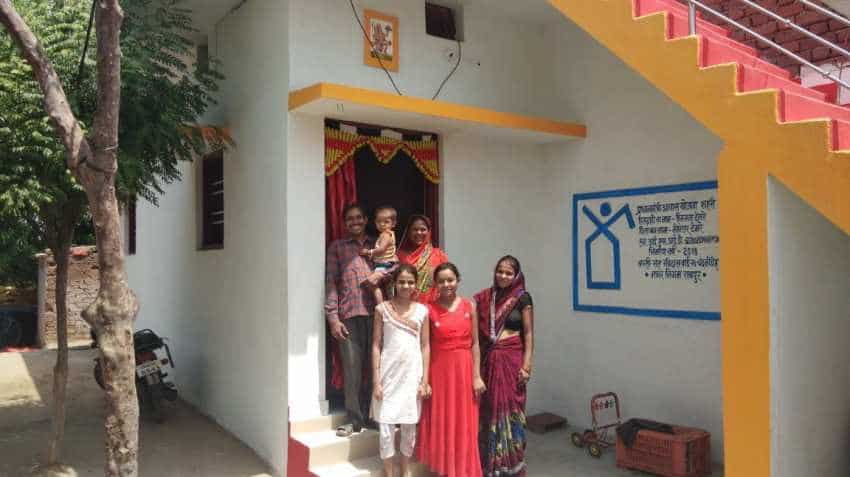 Beneficiaries under PMAY-G are identified based on housing deprivation parameters, as per Socio-Economic and Caste Census (SECC), 2011 data. Image source: pmaymis.gov.in

Union Minister for Rural Development Narinder Singh Tomar has said that the government has no proposal to increase the amount provided under the Pradhan Mantri Awaas Yojana, in reply to a question in the Rajya Sabha on Friday. He said the government plans to construct 60 lakh such houses in the current year and another 70 lakh and 65 lakh houses in 2020-21 and 2021-22 respectively. Here's what he told the Upper House:

1. The Rural Development minister told the house, "We have recently restructured this scheme and we are providing upto Rs 1.5 lakh for construction of each house. There is no proposal to increase the amount as of now."

4. Beneficiaries under PMAY-G are identified based on housing deprivation parameters, as per Socio-Economic and Caste Census (SECC), 2011 data, and after due verification by Gram Sabha followed by an appellate process, the minister said, adding that all states/UTs now have a single bank account of PMAY-G at the state/UT level, the state nodal account, from where the assistance is transferred directly to beneficiary account through Fund Transfer Order, thus ensuring smooth and faster transfer of funds to the beneficiary.

5. He further told the House, "Under PMAY (Urban), as on June 24, 2019, the validated demand is around 100 lakhs. A total of 81,03,196 houses has been sanctioned, out of which 26,07,913 houses have been completed. All states/UTs have been requested to saturate their demand of housing during this financial year so as to complete construction of all approved houses under PMAY(U) by 2022."

6. Replying to supplementaries, Tomar said that under the scheme in Delhi the Centre has already constructed houses for the poor and asked the Delhi government to help remove impediments so that the houses can be allotted to beneficiaries.

The PMAY mission, which is scheduled to be implemented during 2015-2022, will provide central assistance to Urban Local Bodies (ULBs) and other implementing agencies through states/UTs for:

PM Awas Yojana: What it is? How to check names on list? Here's details