Petrol price was today hiked by 29 paisa, the second steepest increase since daily price revision was introduced in mid-June last year. It costs Rs 75.61 per litre in Delhi, the highest in almost five years. 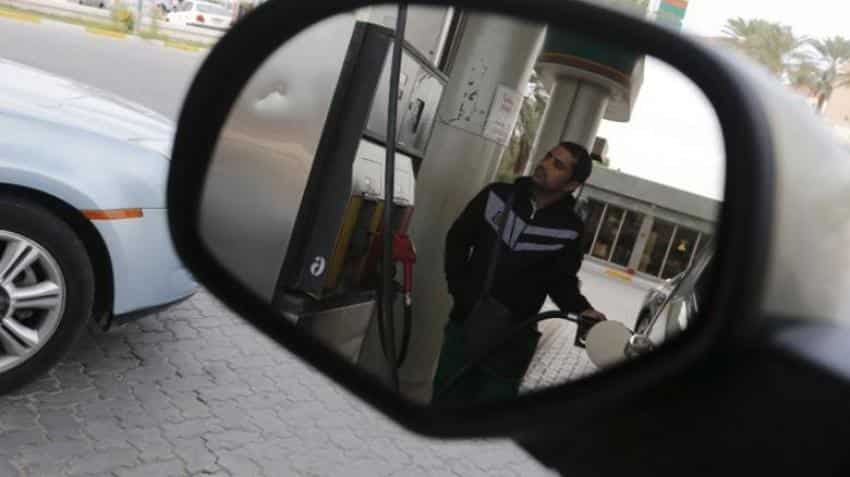 Petrol price today: IOC, BPCL, HPCL raised petrol and diesel prices for the fifth straight day on Friday as it seems Oil marketing companies are aggressively making up for the 19-day hiatus in revision of oil prices between April 24 and Karnataka polling day on May 12. Petrol prices are just 1 per cent away from their lifetime high, while diesel prices are hitting new highs with every passing day. Petrol prices have risen 98 paise and diesel by Rs 1.15 per litre in last 5 days.

Petrol price was today hiked by 29 paisa, the second steepest increase since daily price revision was introduced in mid-June last year. It costs Rs 75.61 per litre in Delhi, the highest in almost five years.

Diesel rates went up by a similar proportion to take the retail price to its highest ever rate of Rs 67.08 a litre.

To make up for the almost $5 per barrel increase in price of benchmark gasoline (petrol) price since April 24, when the freeze on retail rates came into effect, a Rs 4 per litre increase in petrol price is warranted. Of this, 98 paisa has already been affected and the remaining is likely to be passed on to consumers in near future, reported PTI.

Similarly, on diesel, the benchmark rate has gone up by $4.8 per barrel, necessitating an Rs 3.5-4 a litre increase. Of this, Rs 1.15 has already been affected.

"Our computation suggests that downstream oil marketing companies (OMCs) are required to increase retail prices of diesel by a steep Rs 3.5-4 a litre and gasoline (petrol) by Rs 4-4.55 per litre in the coming weeks to earn normative gross marketing margins of Rs 2.7/litre," Kotak Institutional Equities said in a report.

The increase is based on assumption that global price of diesel and petrol and Rupee-US Dollar exchange rate remain stable hereon.

"We note that the lack of price hikes over the past three weeks, before Karnataka elections amid a sharp increase in global crude/product prices, has resulted in sharp moderation in gross marketing margins to around Rs 0.5-0.7 a liter,"Kotak said.

Globally, oil prices held firm on Friday on strong demand, ongoing supply cuts led by producer cartel OPEC and looming US sanctions against major crude exporter Iran. But markets remained below multi-year highs from the previous day as surging output from the United States is expected to offset at least some of the shortfalls.