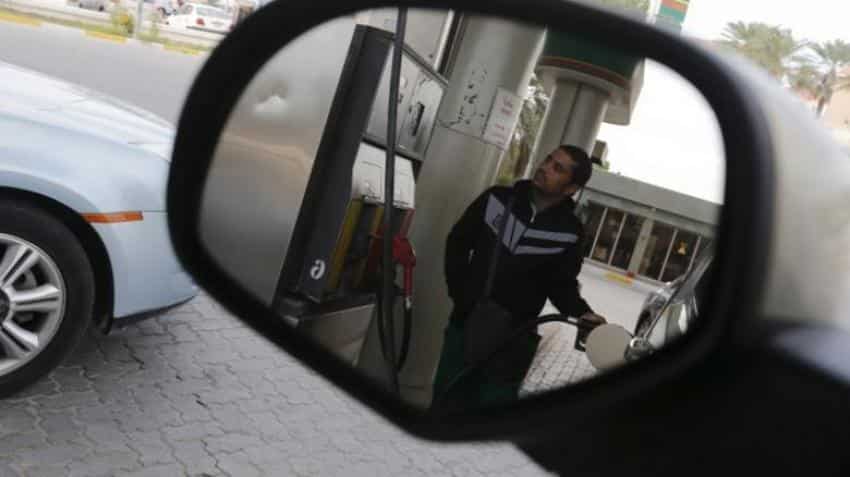 HPCL, BPCL, IOC share prices gained up to 4 per cent as the oil marketing companies hiked petrol and diesel prices for the first time since April 24 after teh conclusion of the Karnataka election voting. Petrol price was today hiked by 17 paise a litre and diesel by 21 paise as PSU oil firms began passing on the spike witnessed in international rates to consumers.

State-owned oil marketing companies are estimated to have lost about Rs 500 crore as they absorbed higher cost resulting from the spike in international oil rates and fall in rupee against the US dollar, reported PTI.

Oil PSUs, which have been since June last year revising auto fuel prices on a daily basis to reflect changes in the cost, have kept pump rates static since April 24, an analysis of daily price notification issued by oil companies showed.

The prices were frozen despite benchmark international rate for petrol going up from $78.84 per barrel, which was used for raising the price to Rs 74.63 a litre on April 24, to $82.98 now, according to sources privy to fuel pricing methodology.

The benchmark international diesel rates during this period have climbed from $84.68 per barrel to $88.63. Also, the rupee has weakened to Rs 67 per US dollar from Rs 66.62, making imports costlier.

State-owned oil companies in June last year dumped the 15-year old practice of revising rates on 1st and 16th of every month and instead adopted a dynamic daily price revision to instantly reflect changes in cost.

If this practice was followed in letter and spirit, petrol and diesel prices should have been increased by Rs 1.5 a litre in last 19 days, an analyst tracking the sector told PTI.