Vasantrao Naik Sheti Swavalambi Mission (VNSSM) chairman Kishore Tiwari has said that contrary to claims made by the government to provide the relief to all the eligible nine million, so far barely a fraction -- or 3,200 farmers -- have been handed over the amount. 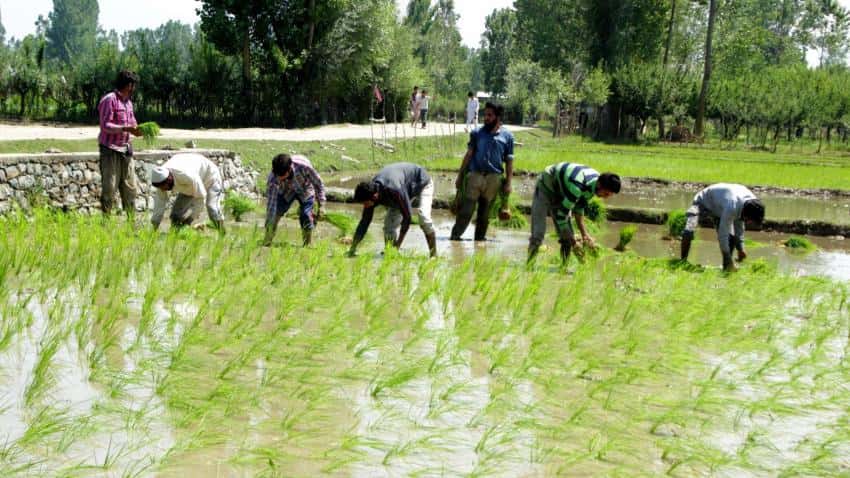 In a major embarrassment for Chief Minister Devendra Fadnavis, a state government panel on Saturday questioned the massive delays in disbursing Rs 10,000 "immediate relief" as part of a comprehensive farm loans waiver scheme, announced over a month ago.

Vasantrao Naik Sheti Swavalambi Mission (VNSSM) chairman Kishore Tiwari has said that contrary to claims made by the government to provide the relief to all the eligible nine million, so far barely a fraction -- or 3,200 farmers -- have been handed over the amount.

"This has made a mockery of the farmers, who are running from pillar to post since nearly 40 days for the promised emergency assistance of Rs 10,000. Now, the sowing season is ending and even monsoon will depart soon," Tiwari told IANS.

As per official data, only 3,200 of the approximate nine million eligible farmers, out of the total 12 million farmers in the state, have so far got the aid in time for their farming activities, the others continue to suffer or commit suicide.

"This is despite the state government offering a guarantee to the Reserve Bank of India, but a majority of the public sector banks have not initiated steps to disburse this small amount which could provide big relief to farmers in this critical sowing season," Tiwari said.

So far, only the Vidarbha-Konkan Gramin Bank, Maharashtra Gramin Bank and DCCBs have disbursed the amount to the 3,200 farmers.

Blaming the bureaucracy and even ministers who made the big announcement on June 11 after an unprecedented 11-day strike by farmers shook the political establishment, the government in response on June 14 issued an order asking farmers to collect the Rs 10,000 from banks the next day (June 15).

Accusing the banks and bureaucracy of "a hostile attitude" towards farmers, Tiwari said that so far the PSU banks have disburses barely 15 per cent of the crop loans targeted by RBI-NABARD for the current "Kharif" season, compared to 80 per cent which was achieved by July 21 last year.

"This year, however, the insensitive banks and bureaucrats have made a joke of even the small amount of Rs 10,000, and owing to their negative temperament, the farmers suicides continue unabated till date," Tiwari added.