Over 3,000 Indian workers stranded in Kuwait

The NHRC has reportedly asked the authorities concerned to take appropriate action within eight weeks after the complaint was filed. 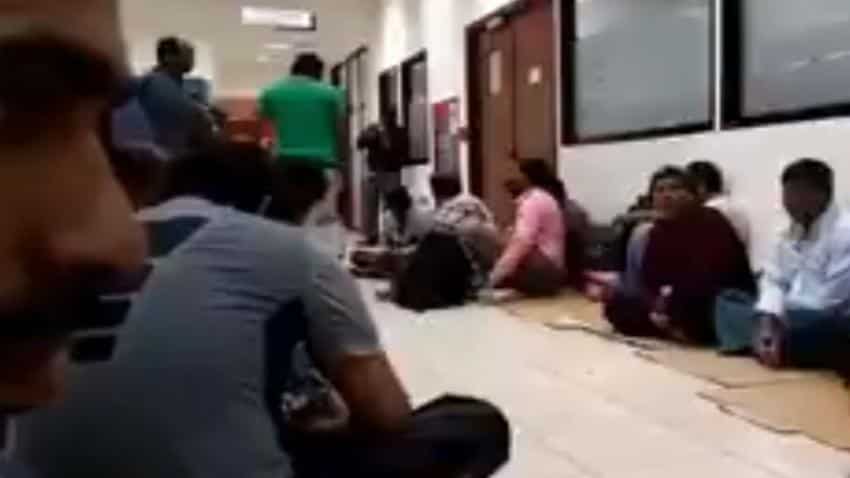 Over 3000 worker from different parts of India are stranded in Kuwait after the company employing them failed to pay their salaries, said a Times of India report.

As many as 3,242 workers, whose visas have also expired, are reportedly from different parts of India, including Gujarat, Uttar Pradesh, West Bengal, Bihar, Rajasthan, Andhra Pradesh and Telangana.

Social activist Shaheen Sayyed, who is closely associated with the workers, reportedly said, "Kuwait government is aware of the situation, it has said that the workers' bank accounts have been frozen."

The social activist, who has been trying to provide food to the stranded workers, told the newspaper, "We requested a local gurudwara and they have come forward to assist us. There are many workers who have become suicidal and need help. I've been counselling them against taking any extreme step."

It may be noted that the workers cannot even go to hospitals for treatment as they would be caught for staying in the country illegally.

Some of these workers have also staged demonstration before the office, while others are staying at a camp on the outskirts of the city.

Shaheen claimed that the Indian embassy is aware of the situation and has urged the government to set up a welfare fund to solve the financial crisis faced by the Indian workers.

According to the TOI report, the National Human Rights Commission (NHRC) has directed the authorities to look into the problems of these Indian workers stranded in Kuwait.

Social worker Shaheen Sayyed had filed a complaint with NHRC in December last year on the plight of Indians in Kuwait.

The NHRC has reportedly asked the authorities concerned to take appropriate action within eight weeks after the complaint was filed.

Protector General of Emigrants M C Luther has asked the Indian Embassy in Kuwait to provide the details of the workers who were denied salaries, the report said.

Quality of technicals, skill in India as good as anywhere in world: BLOT!