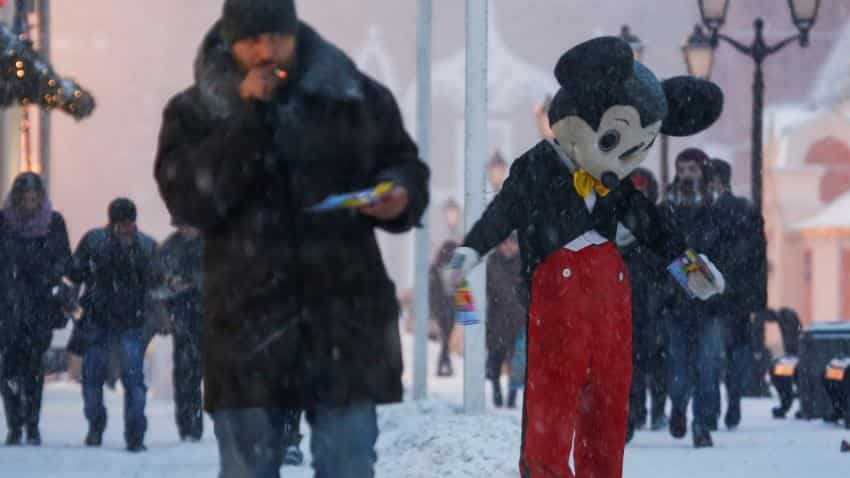 The class action suit accuses Disney of laying off information technology workers "based solely on their national origin and race." Image Source: Reuters

A group of former Disney IT employees in the US state of Florida have filed a fresh lawsuit, claiming the company discriminated against them by firing them and giving their jobs to Indian workers brought to the country on H-1B visas.

The class action suit accuses Disney of laying off information technology workers "based solely on their national origin and race" and replacing them with Indian nationals who received "special treatment".

The workers felt even more insulted by being forced to train their replacements, the suit says.

According to a complaint, Disney informed 250 Orlando IT workers in October 2014 they would be laid off within 90 days.

The company quickly brought in replacements ? some of whom would work remotely, while others would enter the United States on H-1B visas, New York Daily News reported.

All were "of Indian national origin", court papers say.

The complaint says Disney created a "hostile work environment" for its out-the-door workers, in part by telling them they had to train foreigners who would be filling their roles.

The suit says Disney made its axed workers "experience pain and suffering, mental anguish, emotional distress, and loss of earnings and other employment benefits and job opportunities."

It asks for a jury trial and unspecified damages.

Court papers do not specify the race and nationality of the dozens of plaintiffs who have joined the suit.

One of the former worker who filed the suit, Leonardo Perrero, is white. He testified before Congress in February about the loss of his job, and at one point teared up while recalling when he learned about the end of his 20-year career at Disney.

"I clearly remember going to the local church pumpkin sale and having to tell the kids we couldn?t buy any that year because my job was being turned over to a foreign worker," he told Congress.

Perrero also said Disney threatened to not give its employees severance if they didn't train the new workforce.

The new suit comes two months after a federal judge in Florida dismissed two lawsuits from former IT workers over the layoffs. The judge ruled that Disney and its two outsourcing contractors did not violate any rules in its job switches.

Disney said in a statement, "Like the two other dismissed cases brought by this lawyer, this latest lawsuit is nonsense and we will defend it vigorously".

President-elect Donald Trump targeted the H-1B visa as part of his campaign promise to end the outsourcing of American jobs. He said he was "totally committed" to eliminating abuse of the visa, which affords temporary employment for foreign workers.