The study said that there have been reports saying that government is planning to provide direct cash support to the farmers in lieu of various farm level subsidies/support. 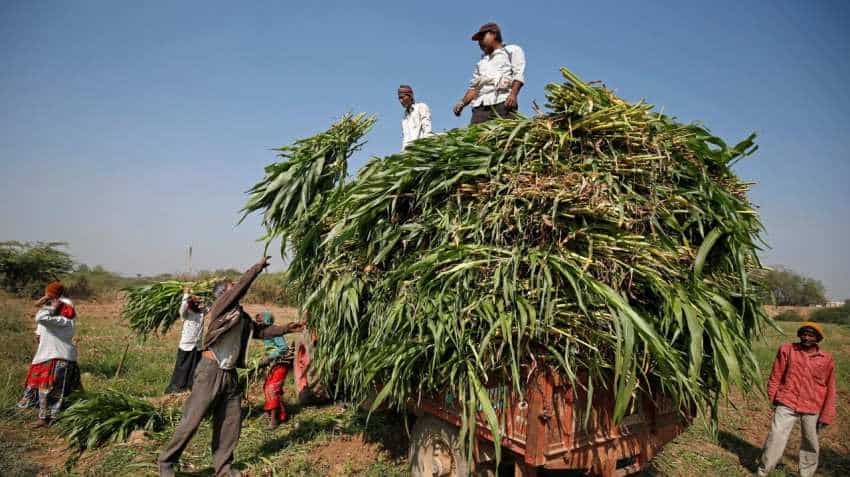 Tenant farmers, who constitute a significant proportion of total farmers in India, will possibly be excluded under the proposed scheme, it noted. Representational Image, source: Reuters

New Delhi, Jan 22 (PTI) The government should opt for the unconditional cash transfer to farmers to alleviate agrarian distress rather than Universal Basic Income (UBI) scheme, the SBI said in a report Tuesday.
At present, it may not be feasible to initiate Rythu Bandhu Scheme on national level as land data in several states, including Jharkhand, Bihar, Gujarat, and Tamil Nadu are yet to be digitised, the SBI said in its 'Ecowrap' report.

"Hence, it is best to initiate unconditional cash transfer scheme as it will be more equitable (on a per farmer basis) with a meaningful impact and once the problems are ironed out in terms of proper tenancy laws, then make it conditional," it said.

The study said that there have been reports saying that government is planning to provide direct cash support to the farmers in lieu of various farm level subsidies/support.

Such move comes on the back of suggestions in public domain by noted agri-economists as well as Niti Aayog that perhaps Rythu Bandhu Scheme that is fiscally prohibitive to launch on a pan India level should be netted against fertiliser subsidies, interest plus and insurance support, it said, adding that instead of this the farmers should be provided the benefit as direct cash in their account.

"We however believe this argument has flaws, though a cash transfer scheme is always a better option than an Universal Basic Income (UBI) scheme. Many countries have found that UBI does not address the structural problems and is at best a solution in interregnum," the report noted.

Against this background, it estimated an approximate amount that farmers are getting presently and how much would they benefit on a net basis from such cash transfer scheme, if it was to be subsumed within cash transfer.

"Our calculation suggests that if a farmer is availing one or all the three modes of subsidy/supports from the Government, then he/she will receive minimum of Rs 5,335 to maximum Rs 10,162 per annum as cash support," it said.

Hence the government will need to provide cash support in the range of Rs 10,000-12,000 per annum to make it completely cash neutral and the annual cost of such a scheme is Rs 1.2 lakh crore per annum, the report noted.

Tenant farmers, who constitute a significant proportion of total farmers in India, will possibly be excluded under the proposed scheme, it noted.