No, you won''t see 'Rafale for India' fighter-jet at the Bengaluru Air Show

The controversial Rafale fighter India ordered would not be ready to fly at the Bengaluru air show in February, an IAF official said on Sunday. 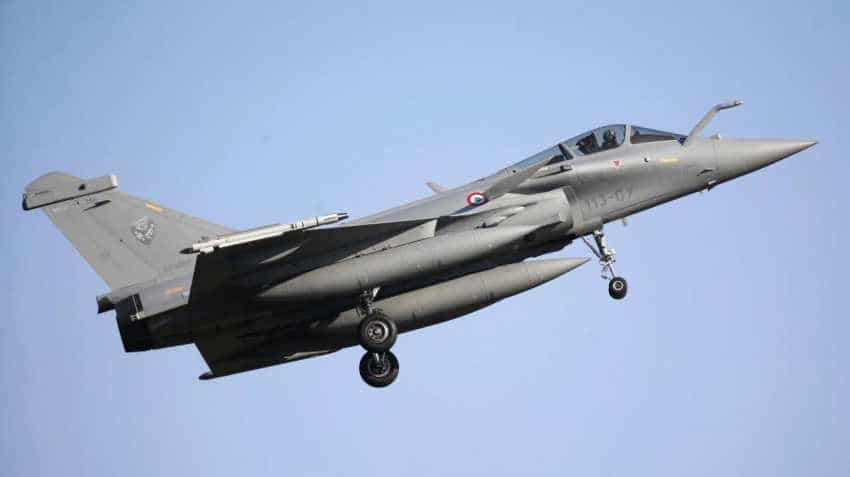 The controversial Rafale fighter India ordered would not be ready to fly at the Bengaluru air show in February, an IAF official said on Sunday. "Rafale for India will not be ready by February. We expect Dassault to fly some other Rafale at the Aero India show here on February 20-24, 2019," Deputy Chief of Air Staff Air Marshal R.K. Singh Bhadauria told IANS at a press conference here.

The French aerospace major (Dassault Aviation) is set to deliver 36 Rafales multi-role medium combat aircraft to the Indian Air Force (IAF) in fly-away condition from September 2019 onwards. The 12th edition of the 5-day biennial air show will be held at IAF`s Yelahanka base on the city`s northern outskirts as before.

"We hope Prime Minister Narendra Modi will inaugurate it though the Ministry of Defence will take a call on it," said Bhadauria when asked who would flag off the mega show. The state-run Hindustan Aeronautics Limited (HAL) will play a major role in organising the air show, instead of the Defence Exhibition Organisation which has been hosting the event over years, he added.

The advanced fourth generation fighter Rafale will partly replace the ageing Russian-built MiG-21 jets the IAF is phasing out due to their obsolescence. The Deputy Chief of Air Staff was present at a press conference addressed by Defence Minister at the Yelahanka air base.

Asked about the overhauling of Rafale in the absence of HAL as its Indian partner, Sitharaman said the joint statement of April 10, 2015 between Prime Minister Narendra Modi and then French President Francois Hollande had addressed all the issues, including servicing of the fighter.

"Our agreement has achieved a much better deal than the non-deal by theAUPA," the Defence Minister said. The Modi government had approached the Rafale deal with a "sense of urgency" understanding the strengths of Pakistan and China, she said.

"With the depleting squadron strength from 42 to 33, we had gone in to get 36 aircraft in fly-away condition. That was the sense of urgency with which we have attended to the issue," the Minister stressed. With a "desperation" to return to power, Congress was raising Rafale issue, Sitharaman claimed.

"In over four years, there`s not even a whisper of corruption in this government. But desperate to get power, they (Congress) have been indulging in hit-and-run tactics," she alleged.

The Congress party was also shedding "crocodile tears" for HAL alleging that it missed out on thousands of jobs over the Rafale deal, she said. "An intergovernmental deal only dictates the requirements of a contract. The offset rules are governed by offset regulations," Sitharaman added.