Besides business delegates from the world over, official delegations from a dozen countries will witness the flypast and aerobatic display on the inaugural day. 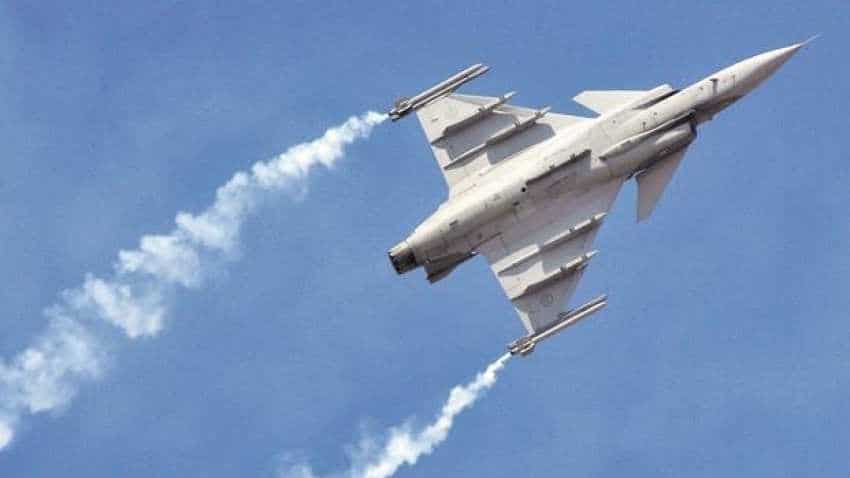 Dassault has flown in three Rafales of the French Air Force -- one for the static display and the other two for for flying. Reuters

India`s aerospace hub has been decked up for a show of air prowess by birds of a different kind at the five-day biennial Aero India expo from Wednesday at the Indian Air Force (IAF) Yelahanka base on the city`s northern outskirts.

Allaying fears over Asia`s premier air show being shifted from Bengaluru, the Defence Ministry has roped in the Civil Aviation Ministry and the state-run Hindustan Aeronautics Ltd (HAL) to host the 12th edition of the expo to showcase latest technologies and products by global aerospace majors, with aerial and static displays of their aircraft, including fighters, helicopters, transport aircraft and passenger jets.

Vying with state-run Defence Research & Development Organisation (DRDO) and its aerospace arms like ADA, GTRE and CABS and homegrown BEL, L&T, Tata`s Advanced Systems and Godrej are global aerospace majors Lockheed Martin Corp and Boeing from the US, Dassault Aviation and Airbus from France and Russian Aircraft Corp MiG pitching for a pie of the multi-billion dollar industry.

While delegates and stakeholders hard-sell and network at the expo, the daredevilry feats and spectacular aerial displays of the Indian Light Combat Aircraft (LCA) Tejas and Russian Sukhoi SU-30, the medium multirole combat aircraft (MMRCA) Rafale, F-16 Fighting Falcon, F/A-18 Super Hornet and the mighty B-52 Stratofortress bomber will steal the show.

Dassault has flown in three Rafales of the French Air Force -- one for the static display and the other two for for flying.

The French firm is set to deliver 36 Rafales to the IAF in fly-away condition from September 2019 onwards.

The breathtaking formations by the IAF`s Surya Kiran Aerobatic Team (SKAT) in the Hawk advanced jet trainer, the Sarang team in the Advanced Light Helicopter (ALH) and the daring manouveres by its Jaguars, Mirages and MiGs will be a delight for thousands of visitors who flock to the venue in droves, especially on the weekend.

Besides business delegates from the world over, official delegations from a dozen countries will witness the flypast and aerobatic display on the inaugural day.

As against 72 aircraft in the previous edition in 2017, only 61 aircraft have registered for flying and static display on the tarmac of the air base this time.

Similarly, the number of global and Indian aerospace firms participating in the expo has slumped to 373 from 549 last time.

Of the 373 exhibitors, 200 are from India, 45 from France and 28 from the US. The rest are from countries like Russia, the United Kingdom, Israel, Germany and Italy.

"For the first time, HAL`s Supersonic Omni Role Trainer Aircraft (SPORT) simulator will be at the pavilion," the city-based company said in a statement.

The SPORT aircraft will be used for fighter training after advanced jet training stage and before induction of pilots into frontline fighter squadrons.

Drone Olympics, student pavillions, start-up challenges and a photography contest are among other highlights at the trade expo.

`Women`s Day` will be observed on February 23 with panel discussions and flying displays by female personnel.

Security has been tightened around the air base by the state police and central forces, with traffic diversions and a ban on flying of aerial platforms like Unmanned Aerial Vehicles (UAVs) and balloons to maintain law and order and security.

The city`s airport operator, Bengaluru International Airport Ltd, has also rescheduled departures and arrivals of domestic and international flights to facilitate flying of military and civil aircraft at the air show twice daily.