The Railway Minister said the flexi-fare system had been introduced in all Rajdhani, Shatabdi and Duronto trains with effect from September 9, 2016. 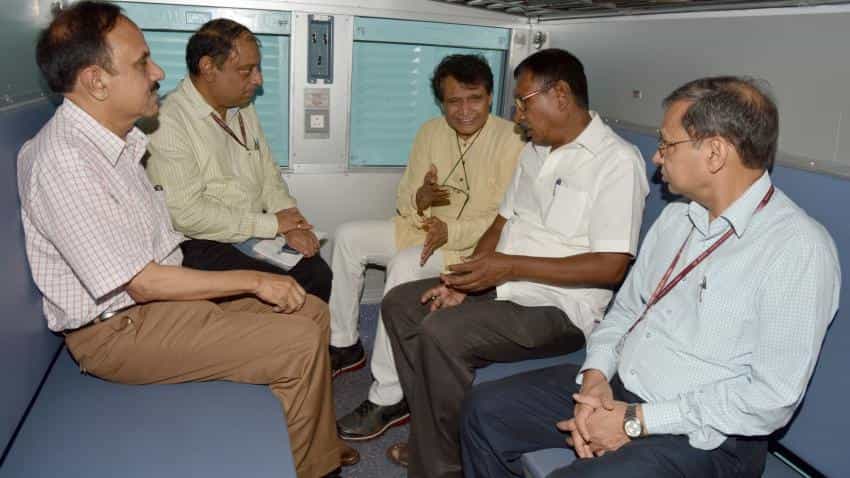 There is no proposal to extend to mail/express and superfast trains the flexi-fares currently applicable only to Rajdhani, Shatabdi and Duronto trains, Railways Minister Suresh Prabhu said on Friday.

He also announced that from April 1 this year, the Railways will introduce an alternative train accommodation system scheme (Vikalp) whereby passengers booked in one train can be shifted to another train in the same category is a seat is available.

He said in the Rajya Sabha that Rs 30,000 crore loss incurred by the Railways cannot be recovered through flexi-fares. The Indian Railways will regularly review its flexi-fare policy to ensure maximum utilisation of train accommodation, the minister added.

"We will continuously review the flexi-fare scheme and the Railway Board has been issued instructions by me to regularly review it. This will help provide user-friendly and better facilities to passengers as also generate more revenue for Railways," he said while replying to questions.

"At present, there is no proposal to extend the flexi fare system to other rail/Express/Superfast trains," he said in a written reply.

The Minister said from April 1, 2017, a new Vikalp/ATAS (Alternative Train Accomodation System) scheme is being expanded to provide shifting the waiting list passengers of one train across all categories of trains without realisation of any difference of fare or grant of refund.

"A passenger booked in a normal Mail/Express train can be shifted to an alternate Mail/Express, Rajdhani, Humsafar, Duronto, Shatabadi, Special train or Suvidha train in the same class of accomodation," he said.

The Railway Minister said the flexi-fare system had been introduced in all Rajdhani, Shatabdi and Duronto trains with effect from September 9, 2016.

Prabhu, however, said to improve the occupancy of all trains including Rajdhani, Shatabdi and Duronto trains, some steps have been taken that include 10 per cent rebate in basic fare on vacant berths/seats booked after preparations of first chart in all trains on an experimental basis for six months.