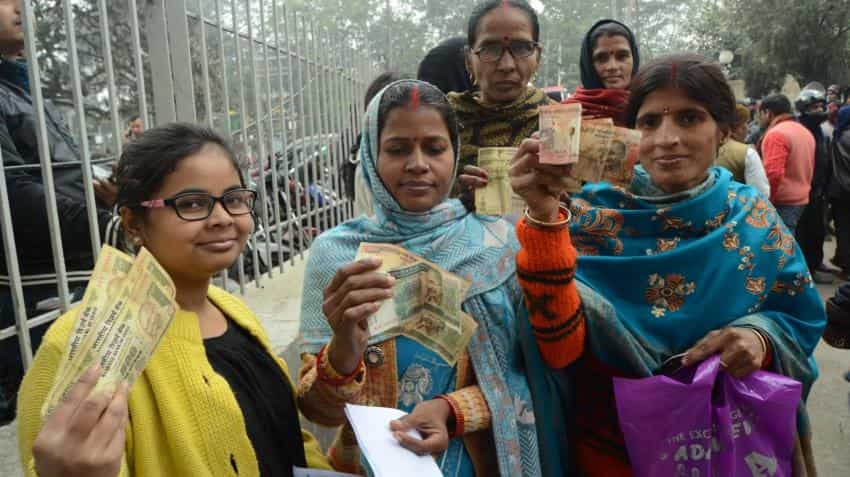 The Central government on Monday refused to give another opportunity to exchange demonetised currency notes of Rs 500 and 1,000 to those who couldn`t do it by the deadline of December 30, 2016, saying this would defeat the very objective of eliminating black money.

In an affidavit filed in the Supreme Court, Finance Ministry Under Secretary T. Narasimha said: "The very object of demonetisation and elimination of black money will be defeated if a window is opened for a further period as people in possession of the SBNs (specified bank notes) would have had sufficient time and opportunity to carefully plan the reasons and executed for not depositing the SBNs within the permitted period of December 30, 2016.

"Any number of `benami` transactions and proxy users for the purpose of producing and depositing the old notes would then arise and the departments would have gr eat difficulty in deciding any genuine case from the numerous bogus ones, it said, and sought dismissal of petitions seeking another chance.

The government on Monday also said that even possessing the demonetised currency notes was an offence.

The Union Finance Ministry`s stand came in response to the top court asking the Central government on July 4 to consider giving another opportunity to those who couldn`t exchange their demonetised currency notes.

Even in the earlier hearings, the government had resisted the suggestion to give another opportunity to people who could not deposit their demonitised currency notes by December 30 saying t hat it has taken a "conscious decision" not to extend the period except for NRIs, and security personnel posted in remote areas, which ended on March 31.

The government had also said it was not legally bound to come out with a fresh notification to grant grace period or window for depositing scrapped currency notes.

The top court is hearing a batch of petitions challenging the government`s decision not to allow the public at large to deposit demonetised currency notes till March 31 as promised by Prime Minister Narendra Modi and others as the window ended on December 30 last year.

The petitioner have also referred to Modi`s speech on November 8, 2016 and subsequent notification of the Reserve Bank of India, holding that people may deposit demonetised currency notes at specific RBI branches up to March 31, 2017 after complying with certain procedural requirements.