To slap the stringent provisions of the Benami Transactions Act was taken after analysing serious cases. 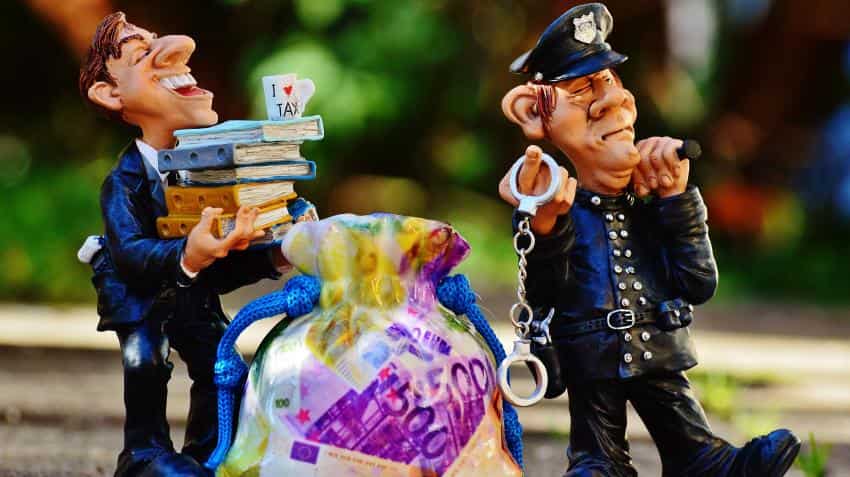 The I-T department is the nodal department to enforce the said Act in the country. Photo: Pixabay
Written By: PTI
RELATED NEWS

Post the demonetisation order of the government on November 8 last year, the department had carried out public advertisements and had warned people against depositing their unaccounted old currency in someone else's bank account saying such an act would attract criminal charges under the Benami Property Transactions Act, 1988, applicable on both movable and immovable property, that has been enforced from November 1, 2016.

"After in-depth investigations, the I-T department has issued 87 notices under section 24 of the said Act (notice and attachment of property involved in benami transaction). A total of 42 properties, largely monies worth crores in bank accounts and an immovable property, of benamidars have been attached," officials said citing an analysis report, also accessed by PTI.

The I-T department is the nodal department to enforce the said Act in the country. They said the taxman has issued numerous summons under the Benami Transactions Act and is in the process of issuing more.

The decision, they said, to slap the stringent provisions of the Benami Transactions Act was taken after analysing serious cases where the illegalities were blatant and suspect cash was deposited in either benami accounts or Jan Dhan or dormant accounts.

The taxman had initiated a nationwide operation to identify suspect bank accounts where huge cash deposits have been made post November 8 when the government demonetised the Rs 500 and Rs 1000 currency notes.

Officials said the Act empowers the taxman to confiscate and prosecute both the depositor and the person whose illegal money he or she has "adjusted" in their account.

"Such an arrangement where a person deposits old currency of Rs 500 and Rs 1000 in the bank account of another person with an understanding that the account holder shall return his money in new currency, the transaction shall be regarded as benami transaction under the said Act.

The Benami Act, the official had said, provides that the benamidar, the beneficial owner and any other person who abets or induces the Benami transaction, shall be punishable with rigorous imprisonment for a period ranging from 1-7 years.

"The benami amount in the bank account deposited post demonetisation will be seized and confiscated and the accused will also be liable to fine which extends upto 25 per cent of the fair market value of the benami property," the official said.

The Income Tax department has stepped up its action to check black money transactions, money laundering and tax evasion in the wake of the demonetisation and has issued hundreds of notices of enquiry to charitable and religious trusts to show their account balances and to those who have deposited huge cash in their bank accounts.

The I-T department has detected undisclosed income of over Rs 5,343 crore and seized Rs 114 crore of new notes till now which were allegedly procured illegally in its nationwide operation against black money hoarders.