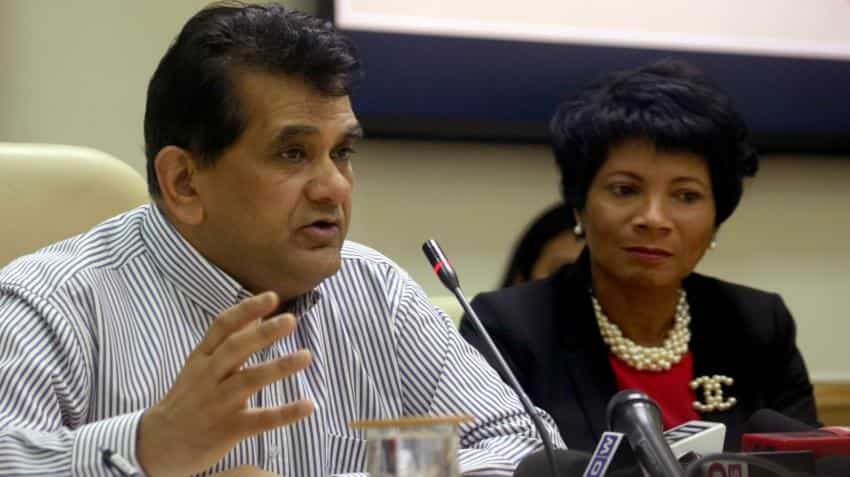 In the wake of scrapping of old Rs 500 and Rs 1,000 banknotes, NITI Aayog has asked National Payments Corporation of India (NPCI) to frame a new scheme to incentivise digital payments.

"NITIAayog has proposed Rs 125 crore budget for the award scheme to encourage digital payments in the country for moving towards less-cash society," a senior official told PTI.

The official, however, said that it was still not clear whether there would be a cash prize of Rs 1 crore under the scheme as appeared in some media reports, saying the programme is still at conceptualisation stage.

Under the proposal, all consumers and merchants using digital payments shall be eligible.

All modes of digital payments - USSD, AEPS, UPI and RuPay Cards - will be eligible under the scheme. For merchants, transactions made on the points-of-sale (POS) machines installed at their locations would be considered.

NITI Aayog has also proposed quarterly draw for grand prizes and asked NPCI that while designing the scheme the focus will be on poor, lower middle class and small businesses.

There will be two levels of incentive amounts available under the scheme. First, weekly lucky draw of the transaction IDs generated in that week. The contours of which are being finalised, a statement had said on Saturday.

NPCI is a not for profit company which is charged with a responsibility of guiding India towards being a cashless society.

According to a NITI Aayog statement on Saturday, there has been a remarkable increase in both volume and amount of digital payment transactions since November 9, when the government demonetised high value notes of Rs 500 and Rs 1,000.

It is necessary to ensure that electronic payments are adopted by all sections of the society, it had said.

"We need to encourage electronic payments and nudge the society to move from digital to digi-dhan," NITI Aayog added.

The detailed guidelines of the scheme shall be unveiled soon. However, it would be ensured that all those who have used digital payment systems after November 8 shall be eligible to participate in the scheme.

The scheme would also provide for recognition of state governments, their undertakings, districts and urban & rural local bodies who innovate for promoting electronic payment in their respective jurisdictions.